106: Case Erickson – How to Start Over When You Lose Everything 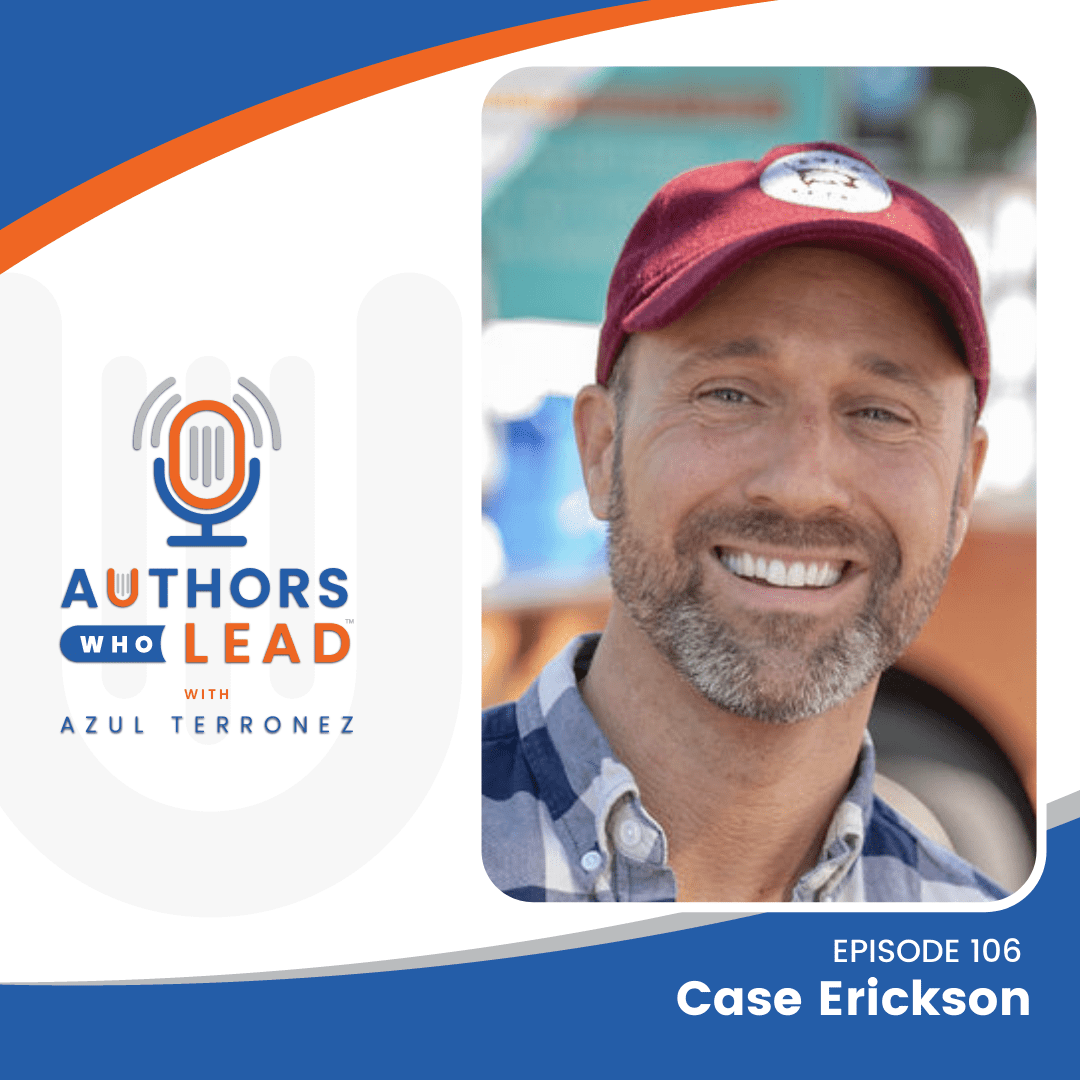 Coming Out by Going In

Case Erickson is the author of the book Coming Out By Going In, where he shares his stories, his struggles, and the transformation he made through this process. We’ll talk a little about his book, what he learned from doing the work, and how you can tell your story when you decide to show up in the way he did.

What We Discuss with Case Erickson:

Case has always chosen to live authentically. It’s his personal crusade to share himself, his journey, and what he’s up to. And social media provides him with this platform. Although he has always loved writing, Case still didn’t have a structure for the book. The whole process probably took him over a year and a half. Coincidentally, his father had gotten ill and passed away.

His book contains different exercises on meditation, forgiveness, more of 24 steps to a more authentic self.

Case started to evaluate what wasn’t working in his life and was doing personal development with Landmark education. Raised in a strong Baptist tradition, he began looking at areas in his life where he was being inauthentic and had to figure out why until he realized he was ashamed of his sexuality.

Shame was the unspoken narrative that was driving a lot of his actions.

Growing up in a household that has strong Baptist traditions, Case internalized the reality of eternal damnation, that there was something wrong with him and that he was fundamentally flawed. He has always stayed in this space of terror and fear, especially for being gay. So Case went on to get a girlfriend, marry, and then have kids. Fourteen years later, he started deconstructing all that programming.

Case always loves to post something on social media to share his stories. After his father passed away, he knew he wanted to write a book that wasn’t just a memoir. But he wanted it to be like a workbook that would have action items. He wanted to give people access to practical things they could do.

Once finished with his stories, he copied all the chapters from Facebook and put them all in a master document. Then he began seeing the theme which he calls the gift of contrast. For example, the construct of heaven and hell represented forgiveness versus resentment. Other stories represented life versus death.

This idea of the world of duality just popped out at him. We can come to ourselves and come to the center of our own heaven within when we learn to embrace all of it.

Case then started breaking down each chapter and started to find the nuances, whether it was life vs death or heaven vs hell, etc. After which, he began writing the application sections. So he first begins with a story, then what it represents, and what readers can do to reflect on those areas in their life.

Each chapter has an affirmation around embracing your sacred orientation and coming to your center within loving the past, the present, and creating your future from that space. Once he saw the theme and was able to pick out that component, it didn’t take that much longer to complete.

[11:17] Coming Out and Even More by Taking His Own Advice

He found the courage to be himself more and just get into that space of willingness to be authentic, to be vulnerable, and the willingness to tell people who he really is.

The book has made him feel compelled to be really out. And he was just glad and surprised to receive positive feedback about his book.

[15:29] Using Alcohol as His Coping Mechanism

Case was at that point in his life when he still hasn’t come out yet and he was running three restaurants and had a young family. He turned to alcohol and antidepressants as his coping mechanism to the point that he was just drinking close to a six-pack each night. He needed it so he could breathe and relax.

In hindsight, he realized he was just unwilling to be present at that time with his life as he was creating it. Now, he’s been two years sober and he just does breathwork, yoga, meditation, water, and just being in the present moment as his way to relax.

[19:49] Helping Out the Food Truck Community

After Case sold his restaurants, he initially decided to get back into real estate which he used to do. So he transitioned into commercial real estate in particular. So he tried to reach people who want to open their own restaurants as food trucks.

When he opened his restaurants in 2005, they didn’t have that option to open a food truck first to test the concept. So he was always fascinated with the idea of them. He went to his first food truck festival in Austin and there was like 12 or 13 of them.

There wasn’t any kind of festival, where it was like a bunch of food trucks coming together. People get to have a taste of the food trucks where you get like little samples of everything. And so Case started integrating into the food truck event production community and met with other event producers in that space because he wanted to create something for the food trucks.

Case understands the narrative of feeling like there’s no hope, so he is now at this point in his life where he wants to help his community.

At the same time, he wanted to get to know them for his own consulting/commercial real estate practice. And that’s how the event took on its own legs. He connects people to apartment complexes and feeds doctors and nurses and connects them to business and just doing whatever shows up for him.

Just write and devote 20-30 minutes to it and just be okay with it evolving. You don’t necessarily have to have the whole thing figured out. If you have it in your heart and you know it’s what you want to do then that’s all you need to know to do it.

If faith required a blueprint, it wouldn’t be faith at all.

Trust the process because even if you were to create this master plan, a business or a book, that is an organic evolving process where you’re going to go to step one. Then step two is going to look different because of how step one turned out.

Coming Out By Going In