107: Robert Angel – The Inventor of Pictionary Tells His Story 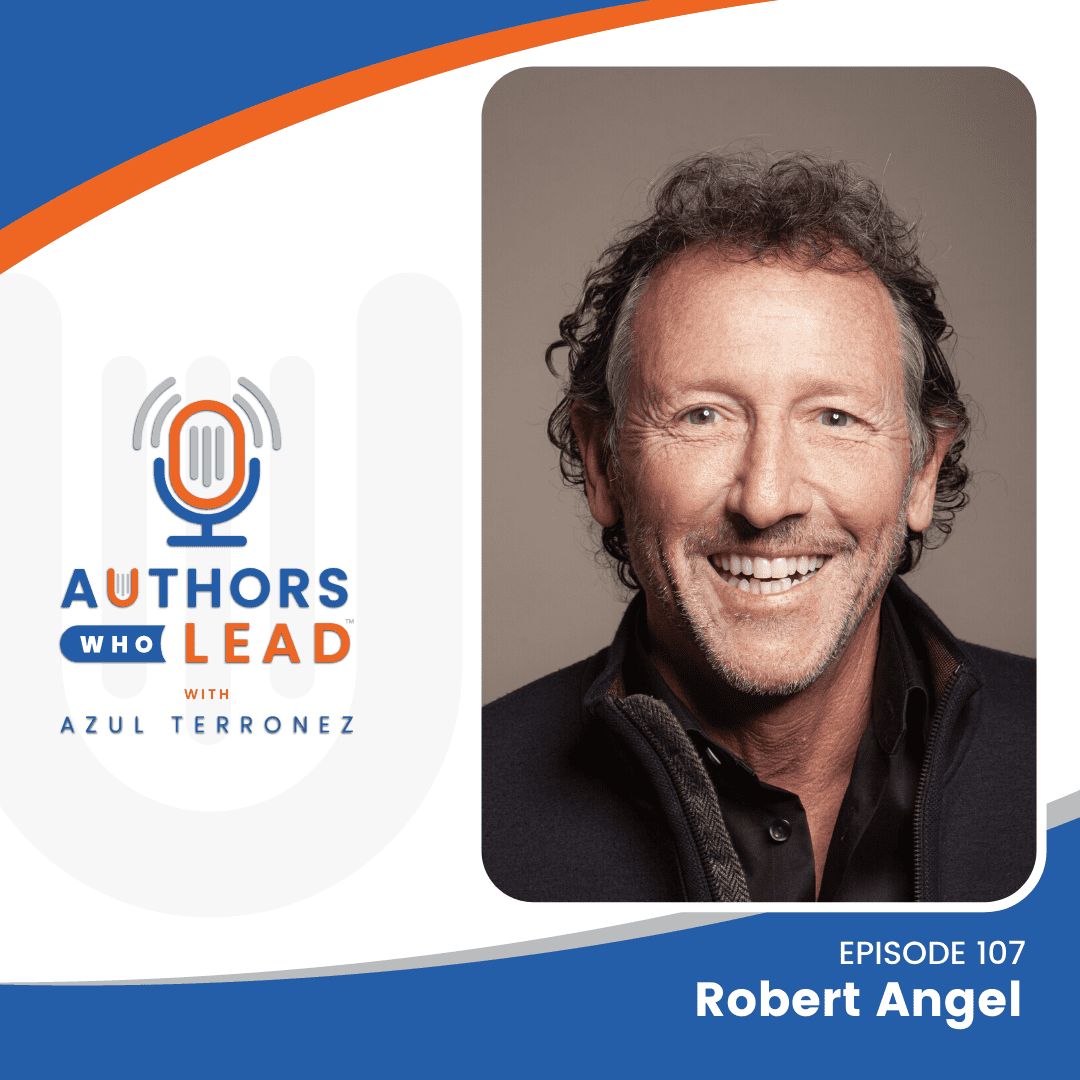 Game Changer a Simple Act Can Change Your Life

Rob Angel is a speaker, author, and entrepreneur. He just recently launched his book called Game Changer: The Story of Pictionary and How I Turned a Simple Idea into the Bestselling Board Game in the World.

In 1985, using a few simple tools, a Webster’s paperback dictionary, a No.2 pencil, and a yellow legal pad, he created the phenomenally successful and iconic board game Pictionary®. Putting together the first 1,000 games by hand in his tiny apartment, Angel mastered all the needed business skills including sales, marketing, and distribution before selling the game to Mattel in 2001.

Today, he makes his home in Seattle, where he’s involved in philanthropy, mentoring young entrepreneurs.

What We Discuss with Robert Angel:

Robert has always wanted to be a businessman like his dad. But then during his freshman year of college, his dad got fired. So Robert had to pay his own way through school. At that point, he decided to take charge of his life, and not anyone else.

He turned his thinking around from working for somebody to being his own boss and being an entrepreneur. His classes changed, his attitude changed.

Then he moved in with three buddies after school. Then they started playing this game all night long. And then the next night, and the next night. So Robert thought he’d make a good board game.

He got excited about it but thinking about all the steps necessary to put it together along with the marketing plans and the business plans, he just put it away. However, he couldn’t shake the idea even though he knew how too much of a work it was going to be.

Robert thought of breaking it down to its simplest task. He thought about the easiest thing he could do and didn’t even list out all the things necessary to get to the finished product. Robert was just taking things one at a time.

The first task was making a word list. And in front of him was a pad of paper, a dictionary, and a pen. His first word? Aardvark.

Then he went to the backyard to look for some words and then he saw an aardvark which was then the first word. So he wrote it down. At that moment, he became a game inventor. He was no longer a waiter, which was his job at that time, but a game inventor. So came up with one word after another and he just kept building one step after another. It started with writing the word aardvark and everything built from there.

[06:20] Finding Your Own Aardvark and Just Taking the First Step

You may have some aha moments in your life but it’s just a matter of taking that first step. Without taking that step of writing down the aardvark, of going to GoDaddy and getting a domain name, whatever, you’ve got to do that because those ideas are great.

Everybody has a million-dollar idea or an idea that can save the world, but without taking that step, it’s not going to matter.

Tell yourself, it doesn’t really matter the step I’m taking. It’s not the end of the world either way. For Robert, everything is intuition then just keep one foot in front of the other. Just keep going forward.

If you go down a path, and you spent time and energy and money, but it’s not working, don’t force-feed it. It’s okay to walk the wrong path. Turn around and go to another one. Eventually, you’ll find it.

[10:29] An Invention of Necessity: The Challenge of Making It Work

According to Robert, what makes Pictionary so great is the interaction. But all Robert was doing is just creating a game and a job for themselves not necessarily creating a great product. You can get create a game and get it funded on Kickstarter, but the trick is actually getting people to play and buy your product.

Robert was woefully unprepared for his first sales call, but he managed to get the product sold anyway. It was a learning experience for him to be a little more prepared. But it was also an acknowledgment that somebody’s willing to spend $15 for his product.

[16:00] The Challenge of Telling Stories that Connect with Each Other

Robert has never written a book so he brain-dumped everything. He’d put all these different stories. But in the larger context, as he was writing, he realized it didn’t really connect to any other stories. It was rather a stand-alone.

It was a really interesting process to be connecting the dots for the first time. He had told these stories a lot, but only as stories, and not as an overarching world.

It was harder and easier to choose which stories to leave in and out if it didn’t really go with the flow or relate back to some premise or philosophy that it had to go out.

Robert was very adept at making these flaming coffees. So one day the owner wanted him to make some for him. During the middle of it, he flamed the coffee too much that put the room on fire. At that moment, he thought the universe was telling him it’s time to quit and go all-in. And that was his wake up moment.

To go all-in is a big commitment. That’s an understatement.

People are mentally conditioned for failure. You’re always told to have a Plan B. But Plan B is planning for failure. When he made Pictionary, it didn’t have Plan B. Five years after he launched it, it was a big success.

Robert wrote this book because he wanted to share his story. The more he talked about it, the more he thought about it.

He wanted to inspire people to follow their dreams, to give them hope. He was waiting tables before he invented this thing that took over the world. So he wanted to share that story and put it down on paper.

It’s not just a business book. He didn’t want to do that. But he talks about what he did and that it worked for him. It was time to share that story.

Robert initially made the mistake of letting somebody tell his story. He realized it wasn’t what he wanted to say. So he audiotaped all his stories which he found a little bit more manageable and this is how his process started.

It was an easy process at first and then it started taking so long. Then he started changing as a human. So he had to rewrite it to relate to that story.

The book, Game Changer, is a narrative. It’s about him and his partners having conversations, how he was feeling during certain moments, why he did certain things as opposed to just saying this happened. It was a painful process but he’s truly proud of the book!

[28:22] Why Sometimes You Can’t Attach Yourself to Big Ideas

Things actually start from small ideas. For Robert and his friends, it started out with a little word. If he thought of the game as something that would make him a million bucks instead of just enjoying the game, then he never would have done it.

It doesn’t have to be a big idea to get started.

When you try to attach too big of meaning to something that’s so simple, it weighs you down.

Feeling overwhelmed, he took a little walk and saw in the store window a Pictionary in French. That was the moment he became much more of an entrepreneur than a game inventor.