100: Celebrating Our 100th Episode with Natalie Sisson – The Suitcase Entrepreneur 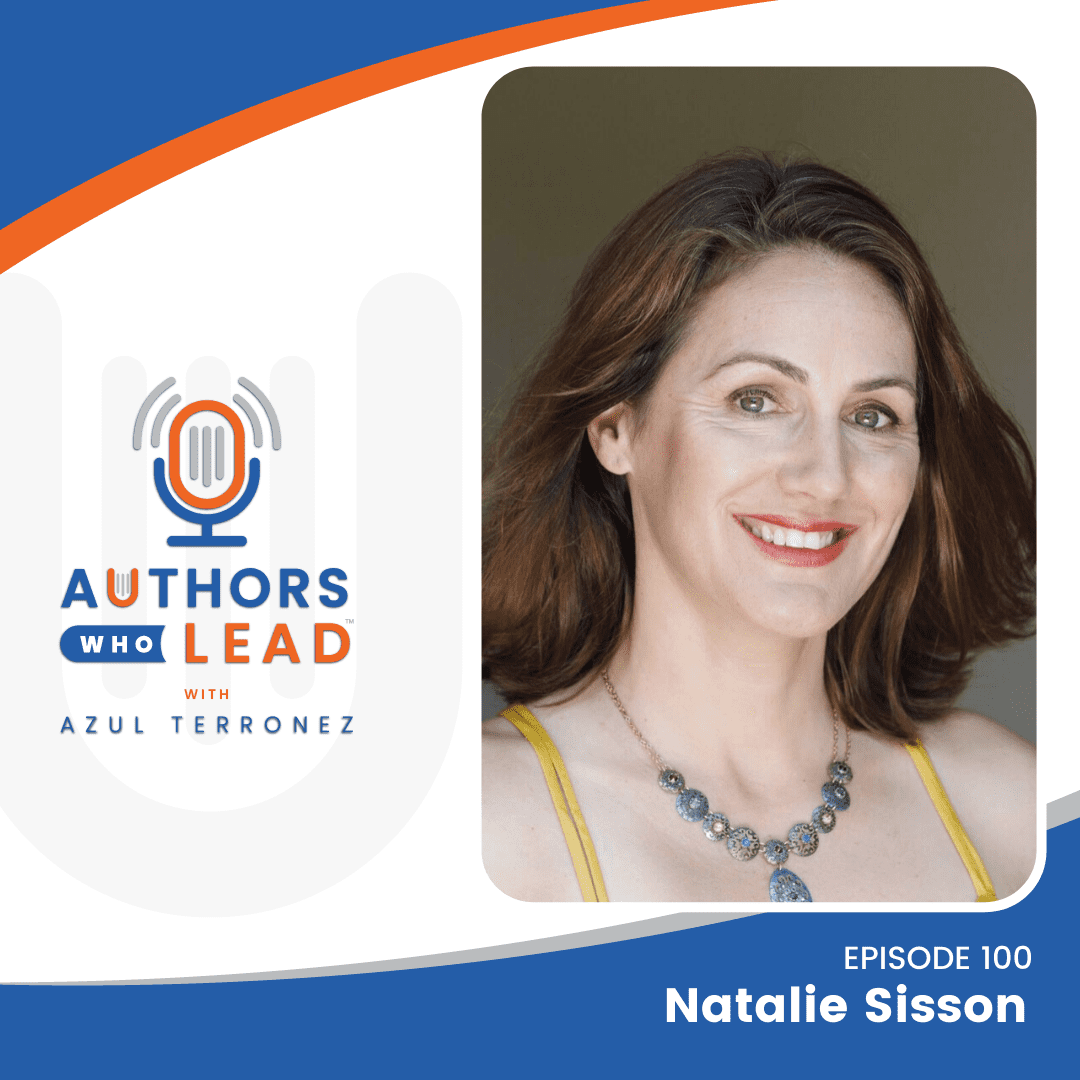 How to travel the world and make a living

Today, we’re celebrating our 100th episode! Thank you for being a listener. And if you haven’t already, please subscribe to get these episodes delivered to your inbox and also leave an honest review because that’s how I can grow and get better.

And this particular podcast episode is with someone I would call a friend. She has inspired me for many years that I could travel the world out of my suitcase and make a living. Her book The Suitcase Entrepreneur really inspired me and it has helped so many people realize there’s so much more freedom for them than they think. I hope you enjoy this episode!

Natalie Sisson is the bestselling author of The Suitcase Entrepreneur and The Freedom Plan. She’s a New Zealand entrepreneur and adventurer who currently lives on her dream lifestyle property in her home country – and the rest of the time out of her suitcase, traveling the world and running her business and going on adventures.

After cutting her teeth in the entrepreneurial world as a co-founder of a technology start-up, she went on to take her blog, The Suitcase Entrepreneur, which she turned into a thriving six-figure lifestyle business ran from just a laptop and her smartphone.

Natalie has a dedicated community of Freedomists who have been following and engaging in her work since 2009 through the Suitcase Entrepreneur established in 2009, and more recently through her Quest for Freedom podcast and vlog.

What We Discuss with Natalie Sission:

It’s normal for Natalie to just do it, go through it, and take action. The possibility of what she was leaping into was far more exciting and compelling.

Having had a long built-up career in the corporate world, she was just so ready to leave it all behind and do her own thing. So she bought a one-way ticket to Canada to just make it happen even if it scared her because she had no idea what she was doing.

Natalie didn’t know anybody in Canada but she believed there had to be something better. So she took a leap and made it happen.

For some people, freedom is not a thing. It sounds sexy, but it actually takes a lot of self-discipline.

For Natalie, freedom is the power of choice. And I feel as human beings, we should always be able to choose and some people choose. We all choose poorly at times in our life.

If it takes effort, consistency, and discipline to keep achieving it, Natalie is willing to invest in it day in and day out. Because the feeling of just being able to have the choice at the moment to do whatever you need to do and want to do is something that she wants to have in her life.

[05:49] Transitioning from Traveling Around the World to a Complete Halt

Owning her identity was easy for Natalie to grow into. Having that label was a beautiful thing. It gave her clarity and focus on who she had to serve and help through her journey. She was sharing her experiences and people were living vicariously through her. It was a brilliant brand.

The transition came when she had to come to New Zealand after nearly 10 years of being away and a little tired from intensive traveling and bouncing around different cities. She came to New Zealand at an abrupt halt and her whole life basically flipped 180 degrees.

She initially floundered because she felt she didn’t have that “identity” anymore. She had to reestablish who she is, who she serves, and how she wants to show up.

It took her three years to finally find her flow.

A leading learner is not an expert. It just means that as you go and learn, you teach what you know, assuming that you’ve implemented it and seen some results. You share that with people who were a few steps behind you so that they can leapfrog up to where you are.

It’s a beautiful difference from being an expert where you’ve done something for like five or 10 years day in, day out, and you know everything about it. It’s different from liking what you’re learning and teaching it so you can share what you learned to other people.

To challenge herself, Natalie did a Kickstarter campaign for The Suitcase Entrepreneur setting herself a deadline of three months. And she did similar for The Freedom Plan, where she used a platform that put her in front of the doors of publishers. But the publisher picked her first book. They really saw the sales of it and the value in the community that she built. And that meant putting aside The Freedom Plan for a good another year because it didn’t make sense to launch two books side by side.

This became a challenge for her but it was so long since she wrote the book that her passion and drive for it had to be reignited. She felt that when she first wrote that book and put it out there, it was done and complete. She was ready to let it go. But now she needed to be inspired again.

That is the challenge of having a traditional publisher… it does change it from feeling like an entrepreneurial endeavor to very much structured by somebody else.

We are so distracted and so many things are grabbing our attention.

The way we consume has shifted so much. Longer books are now harder to for people to get through. As creators, we have to think about that.

There is a lot of research done around timelines and deadlines, and publicly posting your goals around things and having accountability in place, and also sometimes, putting some money on the line.

Natalie is doing a 29-day live video challenge because she just wanted to turn up show up on video. She wanted to get back into the habit of creating and putting out video and not having any barriers. So she’s just doing this using her phone.

Once it starts becoming a habit and it’s consistent, it can change your life. It becomes a part of who you are.

When you make that commitment, it’s less about the goal you set, but your mind shifts. It’s about mindset.

How much do you really want something? Because you can move heaven and earth if you want it enough. Anything is possible.

When something hasn’t come off for you or you haven’t done it – it is because you didn’t want it enough.

It’s a mindset. It’s a belief and then it’s an actual putting in the work. And trying and trying again no matter what. You have to put all your energy in.

While you’re writing, share tidbits and teasers to engage the eventual readers of your book. Share the process. The more you get buy-in from people seeing you go through the process of putting your book out in the world, the more likely they are to buy it.

Launch as you write.

Doing this gives you a better understanding of why your book matters and how you’re going to get it out on time.