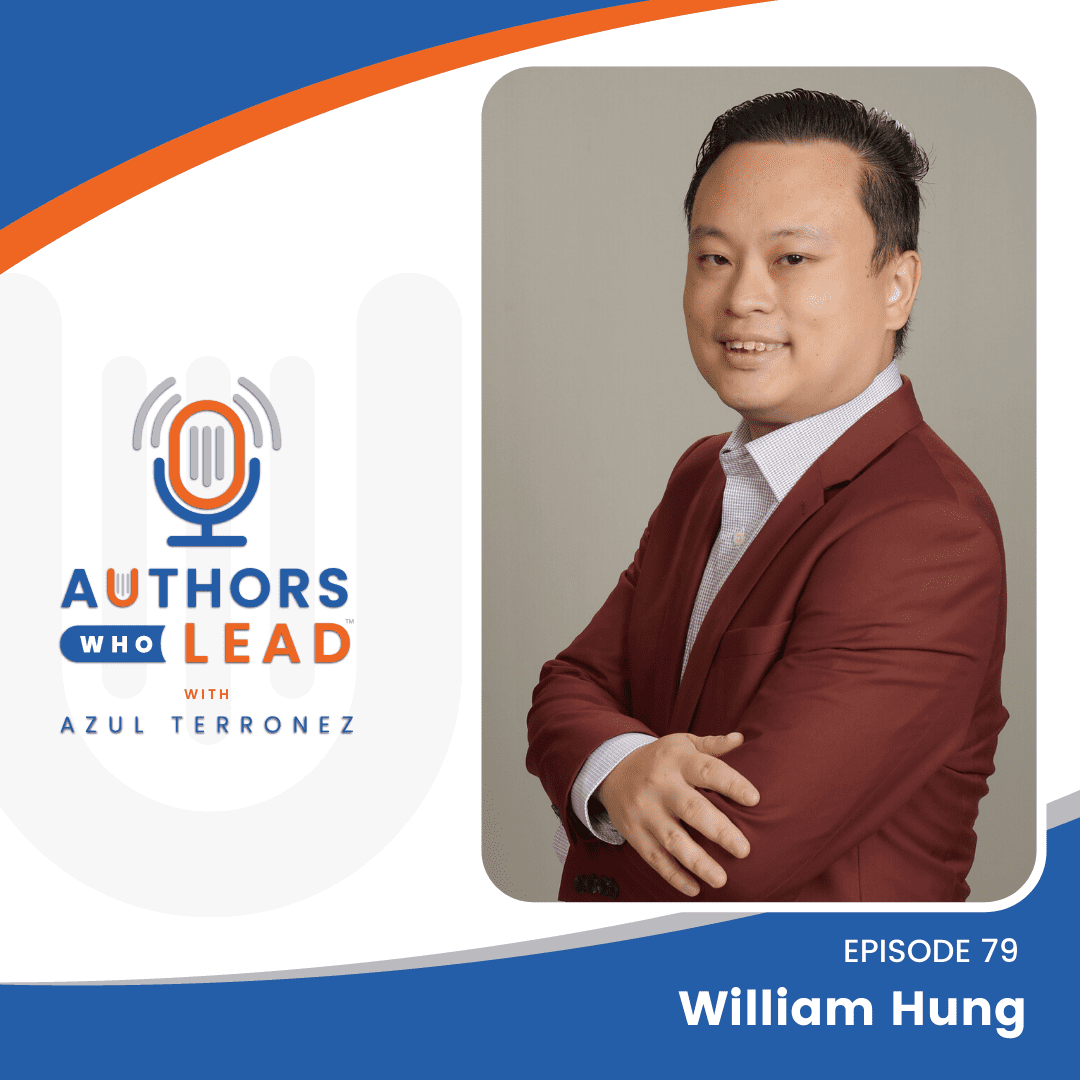 How to Turn Failure to Success Becoming a Champion by Choice

After his American Idol audition, William Hung’s rendition of “She Bangs” became famous for all the wrong reasons. Despite a humbling start, William redeemed himself. He has since appeared on Jimmy Kimmel Live! and The Ellen DeGeneres Show and even performed live with Ricky Martin in Las Vegas.

William has spent the last few years studying the world’s top performers and public speakers to uncover their secrets to success. Using what he discovered, he skyrocketed his first studio album “Inspiration” to #1 on the independent Billboard charts. His latest TEDx talk has already been viewed by over 35,000 people in less than a month. He has also spoken for Microsoft, REMAX, Qorvo, and other esteemed associations.

William now helps purpose-driven business owners go from hidden gem to industry rock stars by leveraging public speaking. He helps them uncover their unique message and use it to get booked and sell out their stages, webinars, and live streams.

Today, he talks about his American Idol experience, life lessons from poker, his book Champion by Choice, and how he has turned his failures into success.

What We Discuss with William Hung:

A struggling civil engineering student at UC Berkeley, William wasn’t happy with what was going on with his life. Eventually, he decided to audition for the American Idol.

After his audition was broadcasted, he became instantly famous. He started being invited to different TV shows. People were selling T-shirts and bubbleheads of him. Someone even created a fan site for him that crashed due to the massive influx of visitors.

Learn to set boundaries for yourself. Money is not everything. William didn’t allow himself to get lost in his fame so he started to limit his interviews and performances per month.

[12:50] From Teaching to Working at the Sheriff’s Department

William began teaching math but the students didn’t see him as a teacher. They saw him more like a celebrity. He then transitioned into working as an analyst at the sheriff’s department. However, it wasn’t the kind of work he thought he would be doing.

An avenue for self-expression and healing. William joined Toastmasters not for business, but as an outlet for expressing himself. Whenever he shares his messages, he feels like an entertainer and performer at the same time. Interestingly, this had a healing effect on him.

A life-defining moment. William has always enjoyed listening and singing to Ricky Martin’s songs but he has never expected to perform with him at all.

Ricky has apparently talked about William multiple times on the radio about how he wanted to find the time to perform with him. It wasn’t until 2018 that William finally got to sing with Ricky Martin on stage at a sold-out concert in Las Vegas.

[22:30] Life Lessons from His Parents and From Playing Poker

It’s okay to fail as long as you try your best. This was something William learned from his parents. Doing your best is more important than the achievement you get from being the best.

Commit to one path and go all-in. Take some things more seriously in life because you can’t always wait for the good cards to make things happen in your life.

Listen to your intuition. Find clarity in the specific problem you want to solve then learn to stand up for yourself.

Frame your message around giving back to other people. Stand up and speak for yourself and you have a better chance at persuading people to change.

Everything in life is a choice. You may not have the best circumstances in life, but you have a choice. Either wallow in your own misery or rise up to the challenge.

You have to be your own advocate for your book. William invested in a Los Angeles-based company called Book Launchers which helped him with the book writing process.

What value are you bringing to the world? Think about the specific problem you’re solving by writing the book. Don’t expect your book to be your primary source of income.

Champion by Choice by William Hung