146: “Self Publishing vs. Traditional Publishing: Which is Right for Me?” with Andy Storch 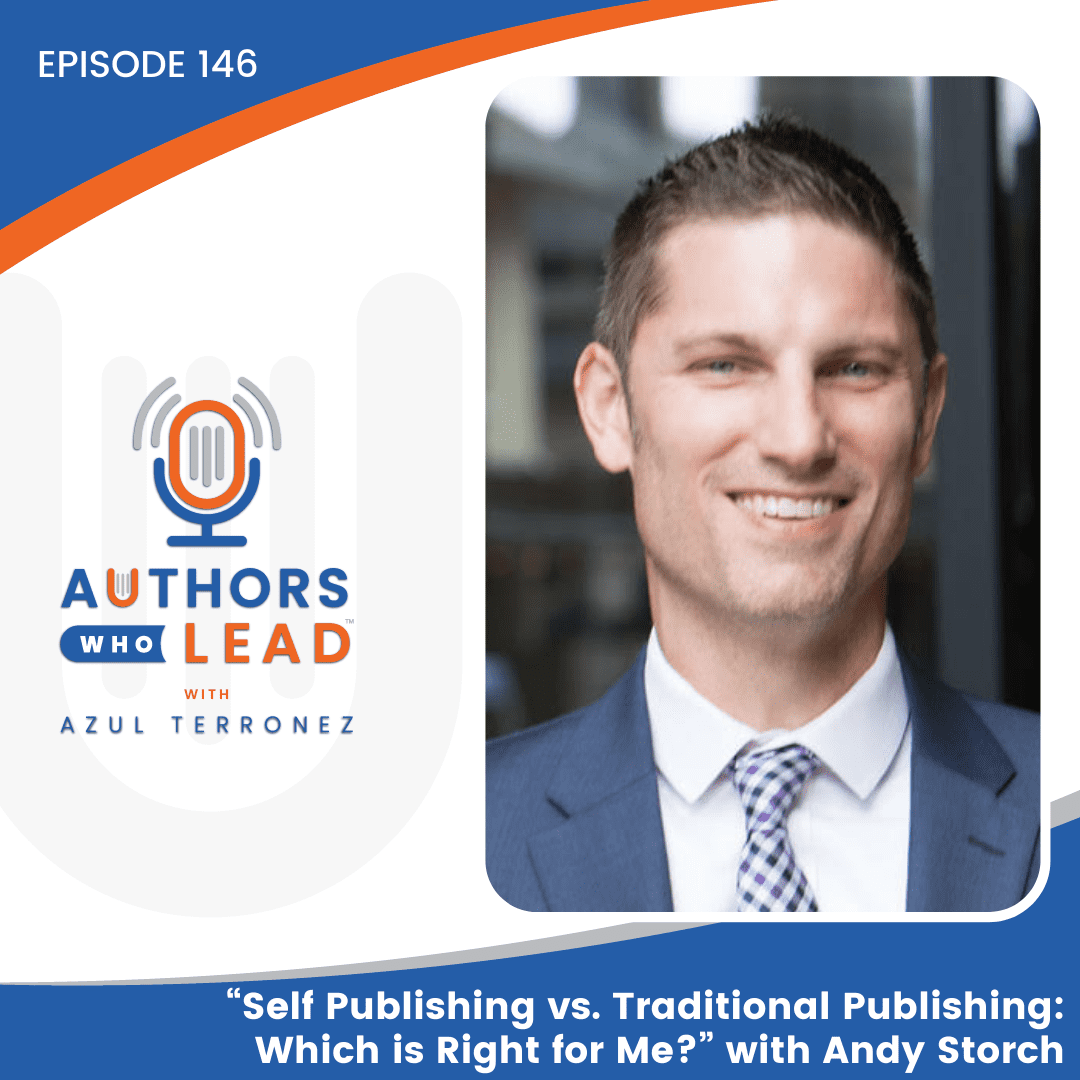 When is the Right Time to Write a Book?

“If you struggle with something, chances are many, many other people have struggled with that, as well.” – Andy Storch

As a successful performance coach, speaker and consultant, Andy Storch saw others just drifting through their careers and lives, operating in “reaction mode.” While listening to one of his online mentors, Hal Elrod, speak at a summit, Andy was inspired to write a book that would not only prepare his readers for future success, but also encourage them to take action.

On January 1, 2020, Andy started writing what is now, “Own Your Career, Own Your Life: Stop Drifting and Take Control of Your Future.” He immediately set up good writing habits and found an editor. He decided on a goal of publishing his book by September.

Then, the pandemic hit.

As with most of the world, Andy had to quickly pivot his personal life and his business, pushing the book launch to November.

On this week’s episode of “Authors Who Lead,” Andy joins me as he relives his publishing journey and shares his marketing plan, which included an advanced reader team, scheduling podcasts and reaching out to others in his professional world.

Two days after he launched his book, Andy found himself in surgery following a testicular cancer diagnosis — and confined to the couch for months after. And even though this slowed him down, he had put enough habits and plans in place to keep the book launch moving forward.

“I always keep in mind that this is a long-term game,” Andy told me.

Since then, Andy has built a business around his book, stood on stages as a keynote speaker, and has appeared as a guest on dozens of podcasts and virtual summits.

While talking with Andy, I could tell his book will make a huge impact on others because it first changed him. Andy followed his own advice to take action and write his book, and despite many obstacles, including a worldwide pandemic and cancer, he was able to put his own heart, soul, and experiences into it.

Choosing the “Right” Path For Your Book

While working with a book coach, Andy debated the differences between self-publishing and traditional publishing. Although traditional book publishing can lend a certain amount of credibility, Andy ultimately chose self-publishing for the ability to control the process and reap the benefits of higher profits.

“I think it was the right way to go,” he told me. “But even though there’s a lot of benefits, there’s a tad bit of imposter syndrome that comes with that, like, ‘Anybody can do this, who am I to put a book out there?’ But so many great things have already been coming from it, and it’s just the beginning of the journey — and I’m really trying to embrace that title now of ‘author.’”

Through his book-writing journey, Andy also realized that this new path could boost his consulting and coaching career, as well as help others be successful in their chosen professions. As you begin, or continue, navigating your own path, keep in mind my three takeaways from talking with Andy:

What was your biggest takeaway from the episode? Are you trying to decide between self-publishing and traditional publishing? Share your choice in the comments below and tell me why!

That’s all for this week. If you have a message inside of you that needs to be written, today is the day to start. Don’t delay — take action.