112: Gerry Murphy – And You May Find Yourself 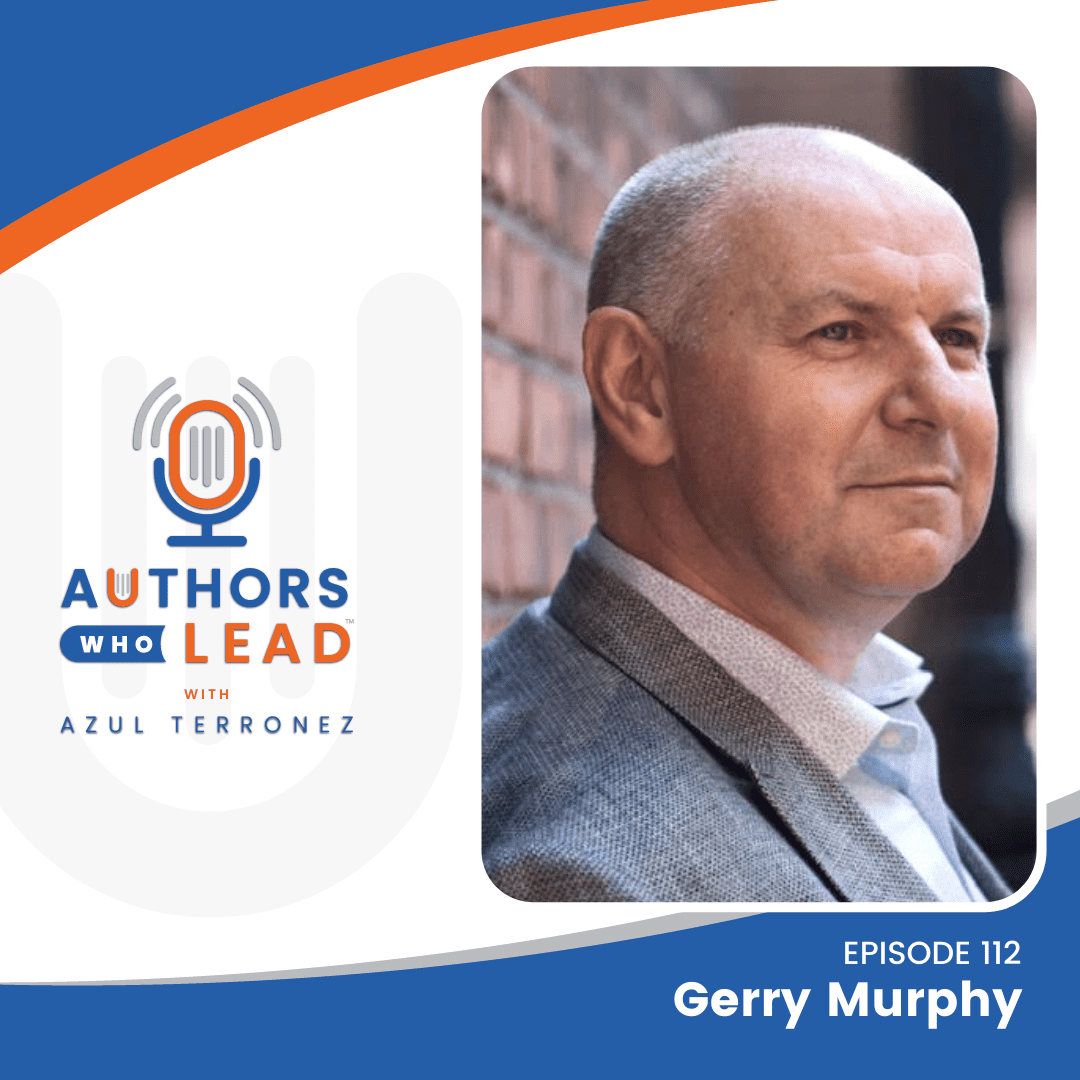 In Gerry Murphy’s book And You May Find Yourself: A Guided Practice to Never Fearing Death Again, he describes his medical trauma in great detail – being put in an ICU for five days, completely isolated, and using his love for music as the backdrop of his story.

The key concept behind his book is about practicing death so you can use his story as a way to evaluate your life right now and to challenge yourself with the big questions. So then you can shape your life in a way that really matters to you.

Born and raised in Glasgow, Scotland, Gerry Murphy has three children, Kevin, 30, Caitlin, 29, and Frances, 7. Having moved to the United States seven years ago, Gerry now lives with his wife, Jennifer, and Frances in NYC. With his over 30-year experience, Gerry Murphy has led the marketing function for some of the biggest retail brands on both sides of the Atlantic.

What We Discuss with Gerry Murphy:

[02:06] Dealing with Personal Feelings of Doubt and Insecurities

In marketing, you spent a lot of time thinking about words, copy, message, and communication. And that has been his constant companion for 30 years in his marketing career. But Gerry had to get over those personal doubts and insecurities because his story was worth telling.

The most reluctant authors tend to be the best authors because they show up on the page as their rickety, unsure self, which is vulnerable, true, and honest. They don’t write themselves out of the book. They write themselves into it.

Nevertheless, those questions will be with you so don’t jump out of it too quickly and just allow the process to help you question what’s different about your story instead.

Some people view certain aspects of their life with music, which is soft, and more complimentary.

There have always been songs that capture the moments or connect to your ups and downs.

The title of his book And You May Find Yourself was actually taken from the song, Once in a Lifetime by Talking Heads. The song we kept playing in his head while he was in the ICU. And then at the end of the song’s first verse, it says, “how did I get here?”

When you’re sitting in a hospital bed and you’re unsure of what’s going to happen next, and the doctors around you have no idea what’s wrong with you – the question of how Gerry got there was really one of those soft crossroad moments. And Gerry’s story flows from there.

One fateful night a week before Christmas in 2014, Gerry found himself out of control as he was lying on in his bed at their apartment. He was recovering from his knee surgery. His temperatures were swinging violently. He had lost control of his body that he didn’t even think he could get to the bedroom door. Gerry wasn’t sure he could get his head off the pillow or get his legs to work.

In his journey to the hospital admission, he had blunt moments of realization. He wondered why the admissions guy wanted to put him in the ICU. At that point, he realized he was in trouble. He wasn’t really sure what was going to happen next.

At first, the doctors didn’t have a clear prognosis of what was going. With his wife and kid not being able to come up to him, Gerry just resorted to music as an escape from all the confusion.

Writing all those where he had to relive the process was somewhat cathartic for Gerry. All those vivid images that he had in his head that he thought were all gone came back to him once again.

As he wrote the words, those pictures were flying through his head and the songs were coming back to him. This completed the picture and helped the process for him to be able to tell a compelling story.

Gerry remembers sitting on the window ledge of his ICU room when nobody was looking at it, he was looking down on the traffic. He thought he would trade anything in the world just to be down in that traffic at that point in time.

When faced with a more serious consequence – whatever it is that you would take for granted or what would frustrate you in your normal walk of life – you begin to actually see it for what it is.

There’s one day you’ll trade for that and you may not be afforded the luck and blessing to come back and see it for what it was.

Gerry also wrote the second part of the book with the idea of letting the reader use his experience to reflect on his story. Use this story to find a way to value everything in your as if this were your last day.

Gerry comes from a place where he’s offering people a way for them to evaluate how their life is situated and how they’ve got to balance right or wrong and what they can do about that. And he was nervous about finding that voice to talk about that.

Gerry wrote the book as something people can lean on. He cemented that belief into his approach. It definitely underpinned how he had written his book. He found this more emotional than he could ever have imagined. It became the kind of book that almost revealed his own story back to him in some ways. So it was a two-way experience for him. The story was just leading him to where it wanted him to go.

Gerry used music as the background of his story. Every chapter revealed a different aspect to him as he was writing it that ended up really finding himself crying.

Writing the book actually mattered to him all the more because it was truly a transformative process for him.

Although Gerry is working full-time, he had time on his hands. But he was really loving it that the writing really didn’t take that long for him.

What took quite a bit of time was the thinking. There were many nights that he’d be back up again. He’d quickly write some notes into the computer so that when he picked up the next morning, he’d spend a couple of hours a day for a period of time to write them.

So his last thoughts before he went to sleep were sent in fresh on the computer when he woke up. It captured some of the thoughts. Some of the ideas and some of the connections ended up in the book and some of it didn’t. And that’s how it all worked for him.

What your book is about will dictate how much of a demand that puts on you.

You forget the most important thing for you in any given day.

Reconnect to your relationships and give more to those relationships. So that you not only exist, but you prosper.

And You May Find Yourself: A Guided Practice to Never Fearing Death Again by Gerry Murphy