Stroke FORWARD – A Book to Heal

After successfully building her business over the last 20+ years, Marcia Moran thought she had life by the tail. Little did she know what was in store. In 2014, she had a stroke that mildly impaired her mobility and affected her speech. She had to learn how to walk again and had to overcome a language disorder called aphasia.

Marcia had written over 50 business plans and helped entrepreneurs strategize over how to differentiate their companies in changing environments. Marcia created her own business consulting practice, Performance Architect and co-founded Positive Business DC.

Marcia has authored Stroke FORWARD because she felt the need to share hope to stroke survivors and their caretakers. Learning to become her own health advocate one step at a time and exploring holistic methods for healing are keys to her recovery.

Marcia speaks and shares her message of hope, inspiration, healing, and a way forward as she goes across the country.

What We Discuss with Marcia Moran:

One morning, Marcia was supposed to meet a friend but she felt weird. With little energy left, she tried to go outside of her room and just crashed on the floor. When her husband asked whether she was okay, she couldn’t speak. He called 911 and the paramedics knew she had a stroke.

That night at the hospital, the nurse made her work to get her muscles moving the first day. Otherwise, if they waited a few days to make her mobile, her time to get better would be much longer than it was.

The next day, the nurse decided to put her on the toilet and left her to make her bed. She didn’t have any strength on her right-hand side so she crashed on the floor again. At that point, her husband decided someone had to look out for her and it had to be him.

Thinking got limited for her. So when it came down to writing, she wrote what she thought had happened. Her husband would then read it to check the facts as he had a better memory of what really happened.

What she was sure of was that she was going to write a book that would inspire other people who are also going through this.

Marcia’s stroke happened spontaneously. Her carotid artery had a tear that had a blood clot formed. This broke off and caused the stroke. 1-2% of people have this where there’s no way they could have known someone like her would have a stroke. Marcia ran regularly and had normal cholesterol but she still had a stroke.

[18:15] Her Life After the Stroke: Driving and Overcoming Aplasia

Marcia got to drive her car slowly but surely. Although she didn’t have an accident, she felt like she would. She was initially scared and it took her three years until she felt comfortable driving again.

Dealing with a learning disorder called aphasia, it felt like having two people having in her head – the conversation she wanted to tell people and the conversation she was actually able to tell people. Even if she tried speaking and pushing the words in her head, those weren’t the words that would come out of her mouth no matter how hard she tried.

This caused her to shut down which was the most difficult thing for her to do. She felt she was getting smaller and smaller to the outside world.

She eventually joined Toastmasters International but wasn’t sure if she was able to speak that she didn’t give her speech for seven months. It was a gratifying moment to have finished her speech for the first time after her stroke.

Nine months after her stroke, she started typing. It took her the whole day to do two paragraphs. People with aphasia can also have trouble with the written word. She had trouble remembering how words started. She could have the first and second letters of them but couldn’t figure out the spelling.

Marcia thought there wasn’t any emotion in her book so she put it aside for six months. When she picked it up and began writing again, she still felt she wasn’t communicating about her family. So she put it away again.

The third time she put it out and wrote about her family, things began to flow. She felt emotions on the inside, but she couldn’t always share them with people.

Grab a copy of Marcia’s book: 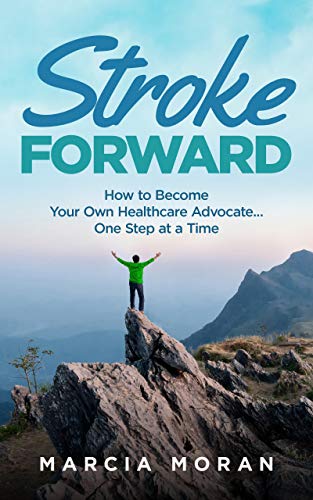 PrevPrevious Episode094: Ben Hardy #1 Writer in the World on Medium
Next Episode096: Amy Woods – How Authors Can 10x Their ContentNext

232: Using Interviews to Write a Book with Bruce Turkel

How to Create Content and Build Authority “It’s the same with a book. They start reading and they decide very quickly: is this worth my

231: How to Know You Are Ready to Write a Book with Azul Terronez

If You Don’t Start Now, You May Never Begin “Writing a book is not just the process of putting one word in front of the

230: Live from Rest, Not Rush with Teresa McCloy

How to Find a Meaningful Life through Writing a Book “I had no idea how much a book changes and shapes your business overall. The