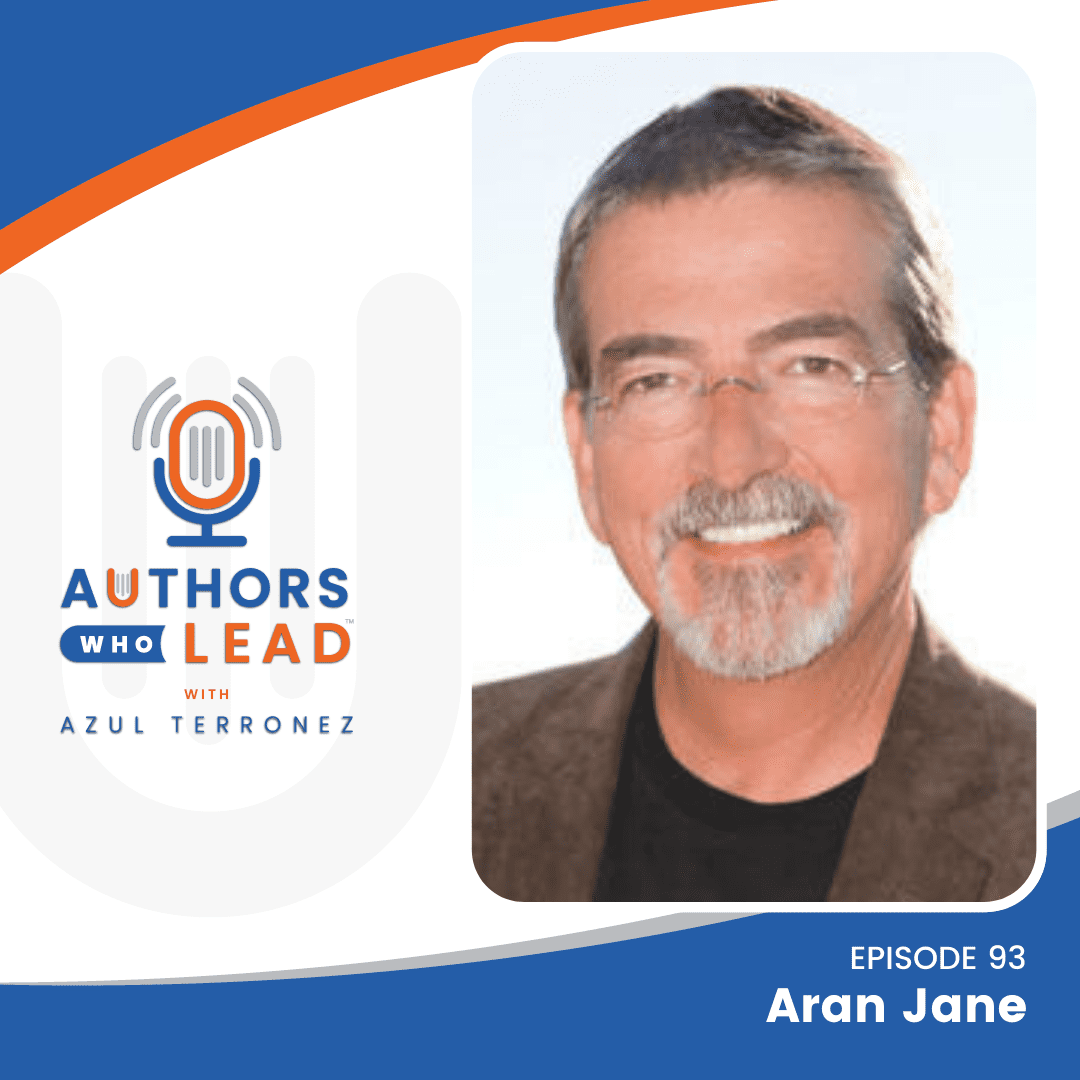 It’s Never Too Late to Become a Writer

Aran Jane is the author of Mondragon (2016), a sci-fi adventure, and The Water Column (2020). His novels are billed as imaginative, thought-provoking suspense thrillers, incorporating futurist technologies and the paranormal among more general interests in physics, metaphysics, philosophy, politics, and espionage.

From joining the military at 17 years old to working at a chem lab at 21 and excelling at a brokerage firm, Aran ultimately launched an entrepreneurial career spearheading companies delivering high-tech solutions across a wide variety of industries, from finance to healthcare.

Aran credits a strong imagination for his success, both in business and as a novelist. Aran’s daughter, Dana Masltaff, who was also previously here on the podcast (Episode 03), is the writer of Boss-Mom.

The Water Column is such a wonderful read! It’s inspiring and it will help you see what great writing looks like, especially if you’re still starting in your writing career. It’s definitely worth it that I will reimburse you for the book if you grab a copy of it and send me the receipt at info@authorswholead.com.**

What We Discuss with Aran Jane:

We’re always writing from our own experience. We write compound characters that behave according to the events they face and their various personality traits.

Aran uses an outline technique relying heavily on Dramatica, a software program for screenwriters and novelists. This allows him to construct the grand argument story with four lines:

Aran draws on all the reading he has done all his life along with an above-average vocabulary.

A lot of fiction is actually based on real events. In developing the characters for his story, for instance, he would base it on something he had read in the newspaper.

Find something that’s interesting. Out of this, Aran creates his protagonist deciding on what kind of character the protagonist has.

Once he has an outline, he begins to write and writes all the way through. When something pops out of his head, he makes a note to come back to it when he reaches that point of the story.

For the most part, he writes from beginning to end once he has done the outline, which takes him a little bit less than a year to finish it.

Aran usually does his writing whenever he drives his wife from one facility to another doing procedures as a nurse. He uses every waiting window to write where he would have around 3-4 hours to write per day. This is why he has found the Dramatica software to be very useful.

[16:50] How to Create Realistic Dialogues

Aran credits the power of listening in writing dialogues that flow smoothly. Being a musician, his ear is also tuned to hear certain things so there’s a musicality to it. So if it doesn’t strike the right note, he works the dialogue until he’s satisfied with it.

Writing is like an operation where the dialogue is a very delicate part of the operation that needs special attention. This is how Aran treats it.

[18:45] Challenges in Marketing the Book

A trial and error exercise: It seems every one direction is required for marketing because you don’t know which particular path would be productive. This requires tenacity and the ability to absorb pain and suffering because not all plans work.

You can hire a top PR company, but this does not guarantee they can deliver anything either. It needs a lot of persistence.

Build a robust relationship with your fans: With the help of his daughter, Dana Malstaff, they utilized Facebook ads and some giveaways having given away over 3,000 books. This allowed him to generate a generous amount of feedback from readers.

Aran left home at 16 and took off on the road to write a great American novel. But because of a lack of experience and the lack of writing chaps, he realized it wasn’t a way to start a literary career.

Coming from a military family, Aran decided to join the Navy at 17 years old and eventually jumped off the ship. His honorable discharge helped with his college.

The process itself: Aran finds it so satisfying to write a scene and have it come to life. There is an absolute joy in a book that takes shape based on his mind, his work, his effort, and his experience.

The end-product: There is a sense of joy once the book is released and receiving a thoughtful review feels good. And getting one glowing review after another is just sublime.

**Reimbursement is available for the first five people who send a copy of their paid receipt for purchase of the Kindle version of The Water Column up to $10.