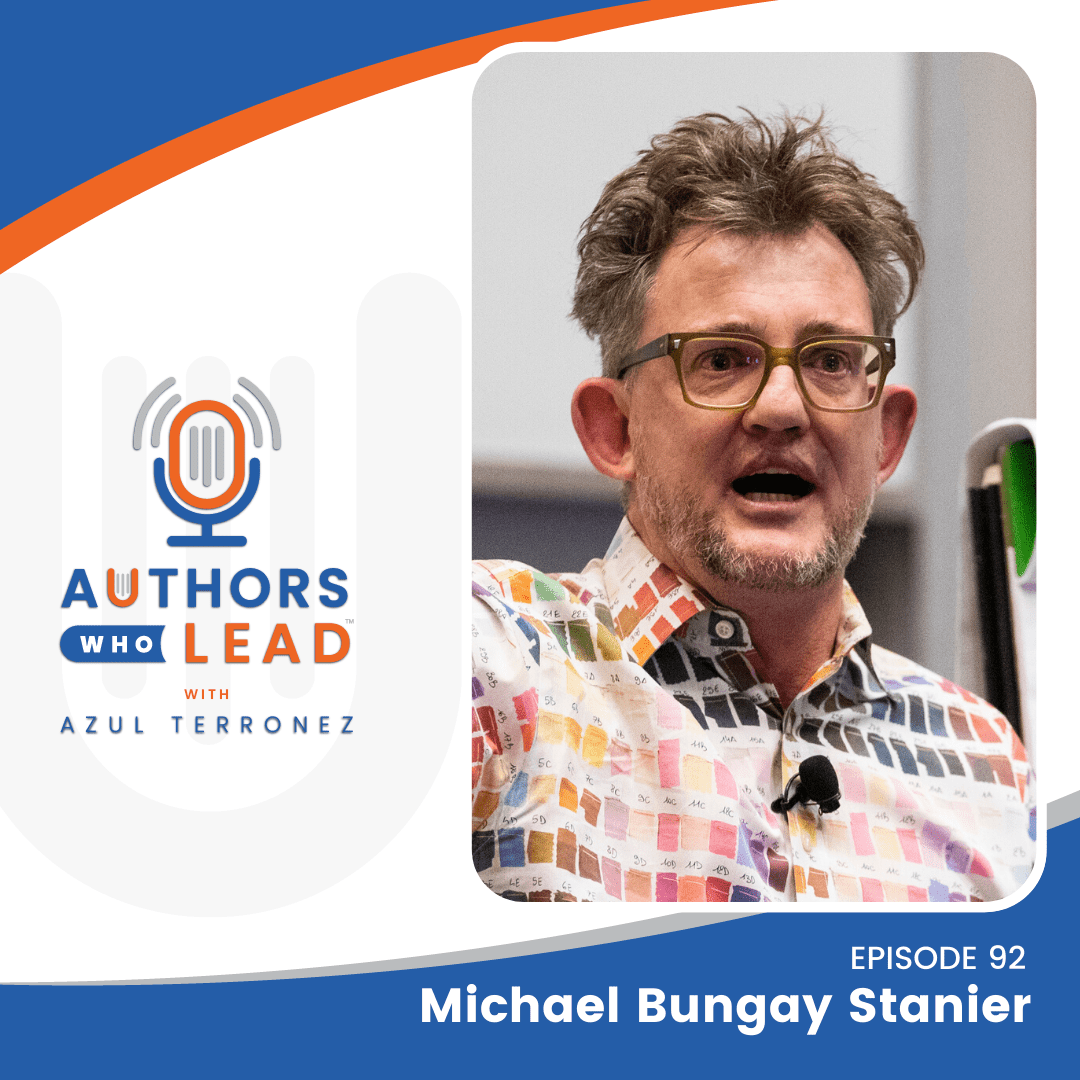 Michael Bungay Stanier is the author of The Coaching Habit. It’s the best-selling coaching book of this century, with more than 700,000 copies sold and more than 1,000 5-star reviews on Amazon. His new book is The Advice Trap: Be Humble, Stay Curious, and Change the Way You Lead Forever.

Michael is a compelling keynote speaker, combining practicality, humor, and an unprecedented degree of engagement with the audience. He’s spoken around the world in front of crowds ranging from ten to ten thousand.

What We Discuss with Michael Bungay Stanier:

[02:21] The Impetus Behind The Coaching Habit

After being rejected by a traditional publisher, Michael decided to self-publish his book.

He hired an editor as well as an award-winning Canadian book designer who introduced him to a white label publisher.

He eventually put out the book in 2016. He committed at least a year of engaged marketing around the book such as doing two podcasts a week and other things to get the book noticed.

His book was received well with over 700,000 copies sold!

I-It: When you objectify the other person and see them as a component part.

I-Thou: When you make them as another person and another human; you see them in their messy, generous, and confusing complexities.

Michael wrote The Advice Trap for people who’ve read The Coaching Habit but felt nothing changed. So he felt challenged in figuring out how to help these people shift their behavior. Hence, the book is to help people make that shift.

Easy-change is when you’re able to change that easily. You’re adding things to the current you. It’s like downloading an app.

Hard-change is when you’re trying to rewire yourself and you try to become a new person. It’s like needing a new operating system instead of downloading an app. For some people, being more curious is not an easy change, but a hard change.

This was the genesis for the book – to tackle the hard change so you can be curious a little bit longer.

There’s nothing wrong with giving advice. Humans survive because of the transmission of information. But what kills us is having advice-giving as our default behavior. When something happens, you immediately think that your job is to tell them what to do.

Most of us are probably advice-giving maniacs.

When you bring this into the context in the conversation of a mastermind group, the problem is that once you present the problem, everybody fires the solution at you.

The ability to stay curious longer will help you figure out the real challenge the person is facing so that when you get to the point that you’re asked for advice, your advice is actually more useful. It’s essentially the one they’re looking for and it’s not just the first solution which was the first thing that came to mind for you.

Reframe your role as someone wherein the way you can be of most service to people around you is to be the first who helps figure out what the real problem is.

The advice monster is a metaphor for the hard change of shifting your behavior. It’s someone who, as soon as somebody starts talking, would immediately think about adding value to the conversation.

The 2 Kinds of Paths of a Leader:

Scenario #1: As you get more senior, you begin to realize that your job is not to have the answer anymore, but to hold the space for the people reporting to you and who has the answer. Your job is to guide, coach, and support and champion them.

Scenario #2: The more senior you get, the more you think you know everything. So you become a less popular boss. And you always think you give great advice when others don’t really think the same.

The willingness to ask a question is a statement of vulnerability. It’s also an act of empowerment.

Active empowerment is actively giving up power and control and giving it to the other person. Your job as a leader is to serve. Service leadership is the necessary balance to a growth mindset. Give up a little control because this opens up the possibility for growth on both sides of the conversation.

It’s hard to write a good book because you have to have a good idea and you have to make it all fit together. You have to write it in a way that’s compelling. Write, write, write!

Ideas show up to Michael in two ways: As a model, especially when the model has a robustness and elegance to it, and as a metaphor.

Curiosity is a foundational leadership behavior. If you’re able to move your organization from being advice-giving to curiosity-led, innovation and agility are more likely to happen.