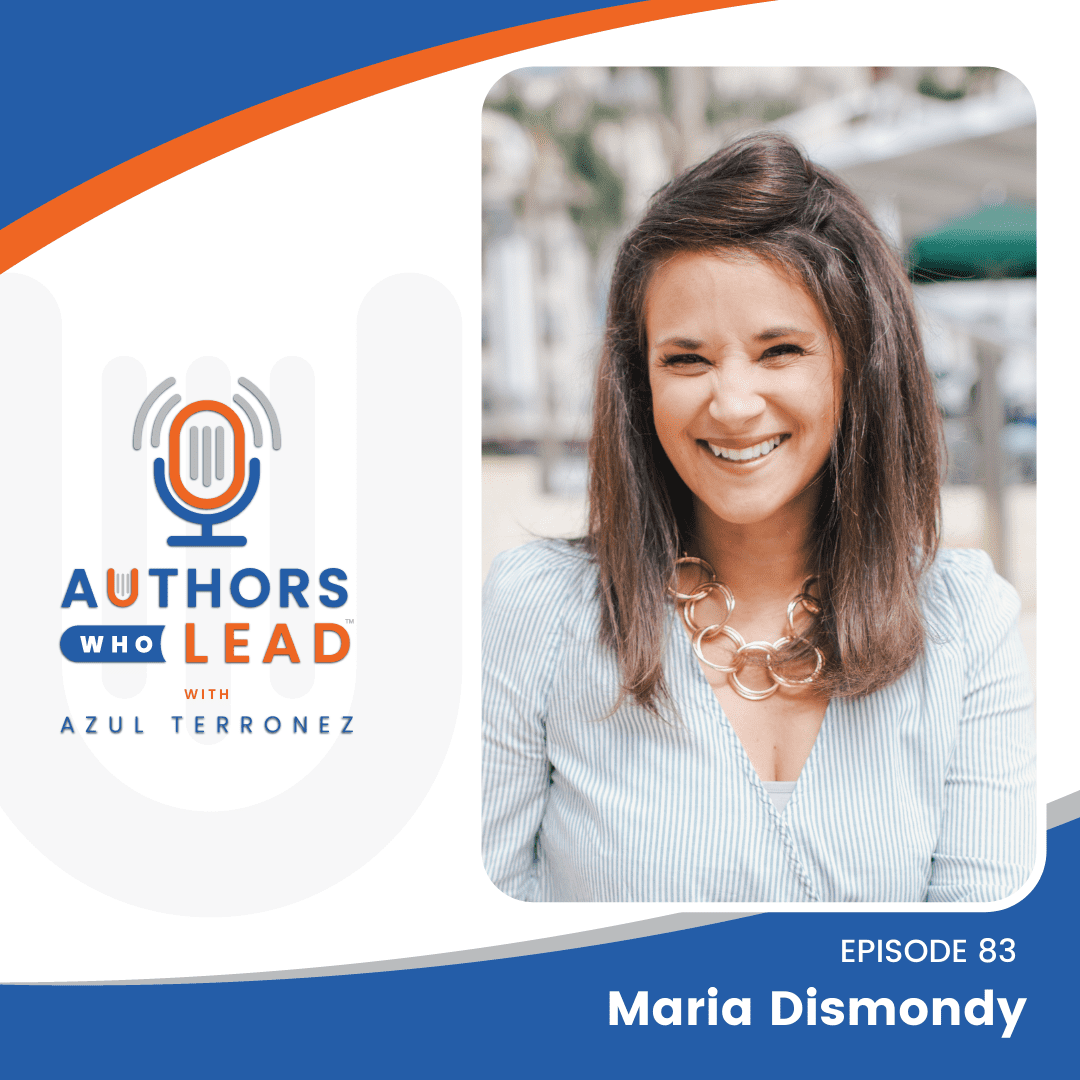 Maria Dismondy is an author, publisher, and speaker. Her success in releasing her children’s books has led her to create her own publishing company, Cardinal Rule Press.

When Maria was a little girl she was teased for her curly hair and favorite lunchbox fare, spaghetti in a hot dog bun. Many moons later, these and other real-life moments continue to fuel what is now her critically acclaimed children’s book writing career. Her book Spaghetti in a Hotdog Bun, along with her other books, has turned into bestsellers with almost a million copies sold.

Today, she shares her writing process, how she got into creating her own traditional publishing company, criteria for writers, and some golden nuggets for other aspiring authors.

What We Discuss with Maria Dismondy:

[01:25] Transition from Being a Teacher to Author

From side gig to main gig. Maria has always wanted to be a teacher. Eventually, she got into writing a children’s book. She noticed how she was making more than her full-teaching job so she resigned.

Investing in self-publishing. She wrote her first book in 2006 and got a manual that contains children’s writers and illustrators along with their contact information. She thought of sending her manuscripts to 90 publishers and follow through. One responded but she was told she had to invest.

A massive success. Her first book, Spaghetti in a Hotdog Bun became a bestseller. She invested $13,000 and all 3,000 books were sold out that she kept reprinting. She was able to make the money back in 8 months. In one year alone, she sold over 70,000 copies. At the end of 2019, all her titles have sold a million copies.

Getting the message out. Despite the stigma of being a self-published author, she knew her journey looked different and she just had to stick to what felt right – getting her message to the world.

[06:20] Her Journey into the Publishing World

A consulting gig. After the success of her book, a lot of authors have been coming to her and asking for help so she began consulting. Initially, Maria didn’t want to self-publish. The first publisher she worked with went bankrupt so she began self-publishing books.

The birth of Cardinal Rule Press. An NFL player approached her and asked for help with publishing his book. At this point, Maria’s distributor suggested she made a publishing brand. Ultimately, she decided to establish a traditional publishing press.

A unique traditional publishing company. They specifically only choose to publish five or less books a year and Maria would mentor these authors over a period of six weeks. She helps them with branding and marketing.

[10:30] How to Successfully Launch Your Book

Find your passion and purpose. In building your brand in a non-salesy way, figure out your mission behind the writing. Get this down to your mission-vision and this will drive your actions.

[13:20] About Cardinal Rules Press and Their Criteria for Authors

100% traditional. Their team of 14 takes on the cost of everything from start to finish. Their authors receive an advance and receive royalties on the sales of the books. They don’t charge a fee for anything, even the mentorship.

There is a submission period of three months per year. They are a smaller press so they want to be uber-focused.

Following the guidelines. They only take realistic fiction. Everything goes through their acquisitions editor first. Then Maria sits down and reads through manuscripts. Then a final editor narrows them down.

Spotting the trends. They then try to see the current market and what’s trending. They’re looking into timeless pieces.

Building the brand. If you’re writing a book, look to see if there’s anything similar out there. Make sure your book is different from others out there.

The distributor she works with takes care of national distribution and world rights. They’re going to get your book to Barnes & Noble and mom-and-pop indie bookstores.

If you’re self-publishing today, Amazon has a lot of options for this right now.

[19:45] Sunny Side Upbringing: From Children’s Books to a Parenting Book

A book for parents. Being a parent of three children and having a teaching background, Maria took all the questions she’s been getting for years to create a parenting book.

The book is a month-by-month guide to raising kind and caring children. It includes research and activities parents can do with their children.

Less is more. Cardinal Rule Press (producing less than 5 titles per year) is making as much money as companies producing 50-100 titles a year. Indie hybrid presses are charging authors to do marketing packages. But at the same time, those marketing packages are working.

6-9 months: Bookstore buyers start to buy 6-7 months in advance. They have their cover work done first before the pages are even illustrated. The covers go into catalogs that are sold by distributors to trade shows that happen throughout the year. They’re selling your book 6-9 months before it even comes out.

6 months prior, the press delivers a marketing campaign to authors. By month 3 prior to launch, they hit the ground running.

Sold-out books. They don’t actually like selling out because Amazon doesn’t like it if your book is out of stock and this messes with your algorithms. But their last two titles have sold out of their hardcover editions before they were even released. So they’re not ordering more books.

Inventory control. Their goal is to be ahead financially so they keep six months of inventory in the warehouse and now down to four months. They want to have less inventory so they can be using the money to market books and bring in more books and more authors.

Listen to podcasts and interviews. Learn from other people’s experiences. This is valuable, free information right at your fingertips.

Connect with other authors in your space. Reach out to them and connect. It can be a lonely business so try to connect. Start a writers group in your area where you can bounce ideas off each other.

Know more about Maria on her website mariadismondy.com and Cardinal Rule Press.

Listen on iTunes, Stitcher, and Spotify.