027: Dorie Clark – Author Talks About How You Can Make Money Doing What You Love 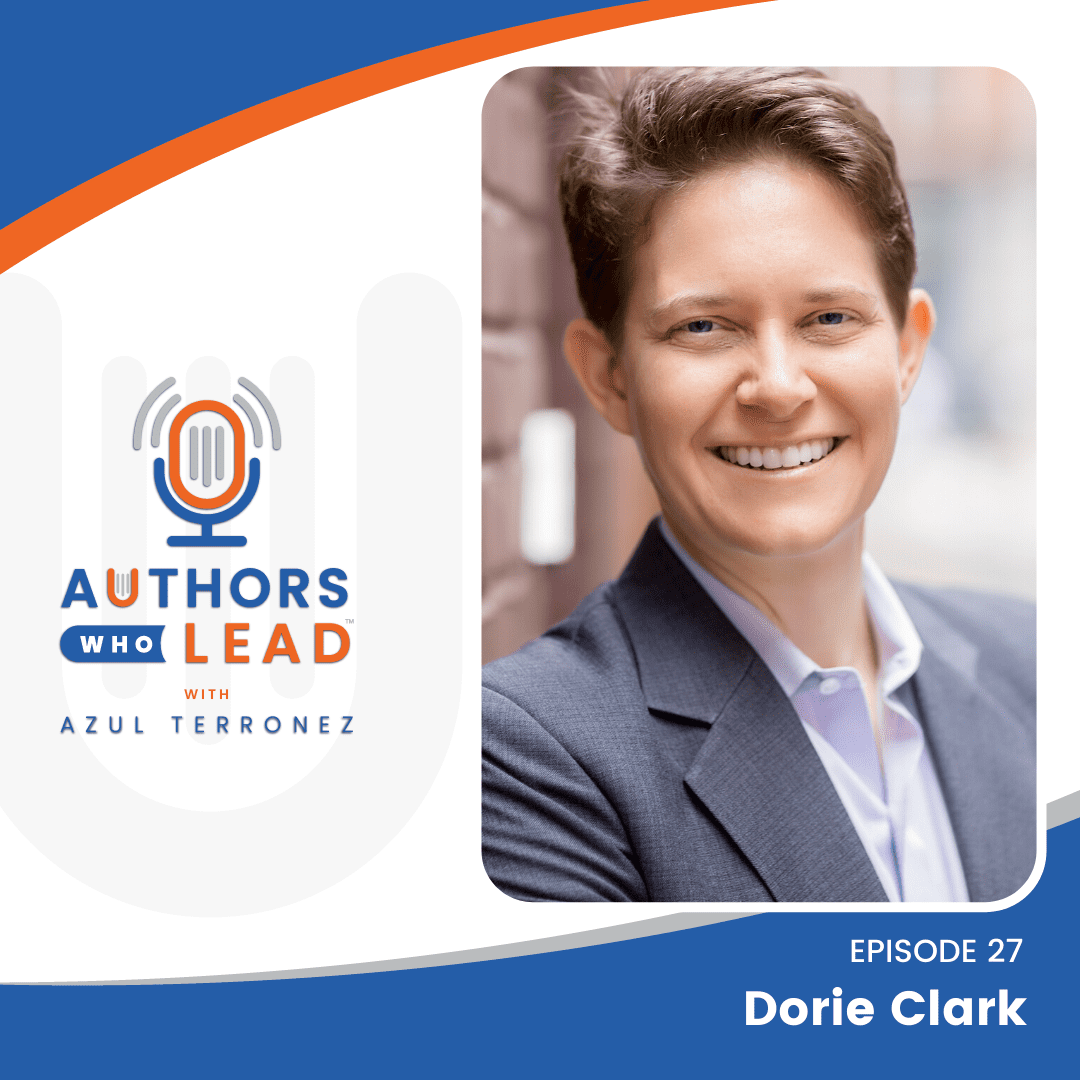 How To Monetize Your Expertise

Dorie Clark is the author of the book, Entrepreneurial You: Monetize Your Expertise, Create Multiple Income Streams, and Thrive, along with two other books Reinventing You and Stand Out, which was named the #1 Leadership Book of the Year by Inc. She’s a former presidential campaign spokeswoman and is a contributor to multiples magazines and journals. She has guest lectured at many notable universities such as Harvard, Stanford, Berkeley, and the list goes on!

What We Discuss with Dorie Clark:

[01:35] Where Ideas Come From and Her Interview Process

For Dorie, she gets ideas for her books based on the information that she wants to know. Her first instinct is to interview a bunch of cool people to learn from them. Then she’d feel selfish keeping all those information to herself.

The concept of the book still carries a lot of weight. A blog post is impermanent in the way that an actual book is not.

She clusters interview ahead of time before writing the book. She conducted almost 50 between January and February 2016. Then she has them transcribed. She would then categorize her content according to blogging, podcasting, etc.

[08:24] Deciding on the Right Amount of Interviews

Dorie figured out through practice that 50 interviews would be a good balance between being comprehensive enough and having details that are not too overwhelming to readers.

On the other hand, a very heavily researched book would probably entail 200 interviews. An example of this would be a biography because the goal is that you don’t want to miss anything.

Dorie was fortunate enough to talk with folks she already knew and was friends with. In those cases, she’d get warm introductions.

Leverage relationships to help grow content for your book!

[15:00] Writing the First Draft and Getting Feedback From Others

Dorie’s first draft is all about assembling and pasting together stuff, putting them in the right order, making transitions, and ultimately, smoothing it out afterward.

Letting 20 people read your book is going to have 20 different opinions and you could be pulled into different directions. It can be distracting to have a lot of people offering you contradictory advice.

Hence, Dorie trusts her gut on the actual text, listen to the relevant expert (her editor in this case), and then shut out a lot of voices.

[19:50] An Experience in Documentary Filmmaking and Music Producing

Having always enjoyed creative pursuits, she worked on directing a documentary film on the side, called Marion Stoddart: The Work of 1000, an environmental documentary about a housewife who led the cleanup of one of America’s most polluted rivers.

Dorie is also the producer of a multiple Grammy-winning jazz album, which also became a networking platform for her.

Start with a blogging platform. Use this as a way of testing your ideas to see which resonates to audiences. It’s also a way of honing your ideas.

The seed of her first book was a blog post she wrote for the Harvard Business Review back in 2010 called, How to Reinvent Your Personal Brand.

[27:30] Ways to Diversify Suite of Offerings

Dorie wanted to take the time to create something it would do well. So had to “go slow to go fast.”

In her book, Stand Out, she laid out a framework around how ideas spread. She found one commonality among the leaders she interviewed and that the final step of their thought leadership was to build a community around their idea.

Dorie also did a lot of experiments like creating courses, trying to learn how things were done. Eventually, writing Entrepreneurial You was a way for her to interview people about online course creation.

Parallel to researching for Entrepreneurial You, she launched a pilot of her Recognized Expert course in 2016. This became her flagship course. She initially did a pilot of it for 40 people and sold out within 45 minutes.

Generally, the chances you’d get a six-figure advance (unless you’re already famous in some way) are exceptionally small.

Writing a book gives you a huge dose of expertise. In fact, you can make money on the backbend, which means anything besides what you directly from the book (speaking, online course sales, etc.)

Throughout time, a book was a singular expression of value and expertise. And there’s lingering cultural consciousness about that.

Although self-publishing is a legitimate option nowadays, Dorie says there’s still a bit of psychological weight that comes from having a well-known brand name publisher attached to you. Dorie discusses how this parallels to the educational system.

Moreover, Dorie did the audio recording for her most recent two books. Her books have also been written in a number of foreign languages. You can actually leverage this to create more opportunities and create more impact on other people.

Entrepreneurial You Self-Assessment: 88 questions you could ask yourself to formulate a plan to create multiple income streams

Check out Dorie Clark’s books:
Entrepreneurial You: Monetize Your Expertise, Create Multiple Income Streams, and Thrive
Stand Out
Reinventing You

Dorie’s Blog Post on Harvard Business Review:
How to Reinvent Your Personal Brand