How to Visualize Your Book

“And then by putting it out into the universe, you start taking the actionable steps to get where you want to be. So, yes, there’s a level of magic. I think that’s true, but I also think it’s just being determined.” —Amanda Tice

Have you ever thought, Maybe I should write a book, but then didn’t do anything about it? Maybe you mentioned it to a few people, maybe even took a few notes, but then you sat on the idea and never sat down to write? Well, that’s exactly what curve model Amanda Tice did. She envisioned her book, she talked about it, but she didn’t take action for many years.

On this week’s episode of “Authors Who Lead,” I talk to Amanda Tice about finally finishing her book, The New Mom Code: Shatter Expectations and Crush It at Motherhood, and how she went from being a news anchor to a curve model to an author.

As a new mother, Amanda suffered from postpartum depression and felt painfully alone. As she cast around for help by reading books, looking up articles, and talking to friends who were already moms, she realized that a lot of what she was going through—and what she desperately needed guidance on—were apparently taboo subjects. “There just wasn’t that transparency,” she says of many sources of parenting help. This was her final inspiration to finish writing her book.

The New Mom Code is Amanda’s idea to help other moms navigate this world of motherhood and take the advice that she wished she would have had. She feels passionate, to be honest with other mothers about the experience and emotions of what becoming a mother really is like.

Before Amanda even had thoughts of becoming a mom and an author, she was a news anchor and reporter. Then, when the economy took a dive in 2008, she became a freelancer and quickly had to get creative to find jobs. She lived in New York at the time and couldn’t afford the low pay rates she was being offered.

One day, she took a job as an extra on a television show. As she was waiting in the basement with the others, she started chatting with a young guy who sat next to her. Turns out he was a photographer who liked to shoot plus-size models. Amanda admits that, at the time, she didn’t know that plus-size models were really a thing.

She ended up having him take pictures of her later on, but she didn’t do anything with those pictures at first. After a month or so, she “got panicky about the fact that [she] wasn’t making more income,” so she went to Kinko’s in the rain and got pictures printed off to take to a modeling open call for plus-size models. After a long day of talking to different people and waiting among other models, Amanda was offered the modeling contract.

After getting over the shock that she was actually being paid to put her body on display, Amanda felt proud that she was representing the average American girl. She told me in our interview, “I love the fact that it was embracing this whole subset of women who are curvy.”

Before Amanda Tice started working with me at “Authors Who Lead,” she already had a manuscript of her book finished. I’m usually involved in our books from the beginning, so this was an unusual situation. I still had her go through the discovery journey that we do with authors, and she was willing and excited to see how her book would evolve and transform.

When it came time to design the exercises to include in the book, she “felt like so many things are read and said, but not done.” So, she came up with actionable exercises that busy moms could do even with very little time left in their day.

Once Amanda finished her manuscript, she assumed (like a lot of people) that she would just hand it over to a publisher and they would magically turn it into a book. She thought all she had left to do was maybe go through an editing process and then show up for book signings.

Instead, what it really looked like was a journey through the book’s transformative stages and several layers of book editing and proofreading. Amanda says she enjoyed the process and feels like sometimes people can stop too soon in getting their book out of them because they’re so “married to however the book ends or how the book is in that moment.” She likens her book to a piece of clay that you slowly mold into something finished and beautiful. “It’s a transitive thing,” she reminds us.

Once the book has been molded into something beautiful, then it is time to think about marketing and partnerships and getting your message out there. With Amanda’s expertise as a journalist, she was very savvy with this process. Not every author has the capacity to understand everything that’s involved in book marketing, or they aren’t interested in learning. This is a good time for a publishing and marketing team to step in to help them through the process.

I Am an Author

At the very beginning of our journey together, I have our authors write on a sticky note, “I am an author,” and place it near their computer or somewhere they will see it every day. It’s a simple exercise—but a very powerful one. For Amanda, she wanted to be an author her whole life, so saying it out loud helped her accept the reality that she was actually doing the thing that she always wanted to do; she was writing a book.

Similar to how she got into modeling, a strange snowball of events helped her get to where she wanted to be. Amanda believes in the energy behind our thoughts and actions and that “by putting it out into the universe, you start taking the actionable steps to get where you want to be.”

She never allowed herself to be put into a box of only being a journalist or only being a curve model. She opened herself up to being all these things and more as opportunities arose for her to even become an author.

No One Way to Write a Book

Amanda says she would encourage other authors not to believe that writing a book only has to happen one way: sitting at a desk in front of a computer all day long. There is so much more to the author’s journey than just staring at a screen.

She ended up writing her book mostly using the iPhone notes app. As a new mother, she would find herself awake at two o’clock in the morning after feeding when an idea would pop into her head. Or while she was waiting at doctor’s appointments, she would write on her phone to capture the content that was streaming into her mind.

There are processes you can follow to write a book, but everyone has their own style and unique way of creating. My husband, Steve, like Amanda, also writes on his phone. Some of his greatest works come from those moments where he had inspiration and only his phone with him. At other times, he’ll sit down at his computer and the inspiration won’t strike as often. Everyone creates differently.

As you can tell from this podcast, there is more to writing a book than just putting pen on a page. You don’t need to be a perfect writer—you just need to have a message in your heart and be willing to take action. As you start your writing journey, keep in mind these greatest takeaways from my conversation with Amanda:

What was your biggest takeaway from this episode? Do you have a book you’d like to write but haven’t taken that first or second step yet? Share in the comments below!

That’s all for this week. Your message is important, so take action today to write your book!

PrevPrevious Episode183: “It’s Never Too Late to Write a Book” with Barbara Hinske
Next Episode185: “The Science of Getting Rich” with Ryan J. RhoadesNext 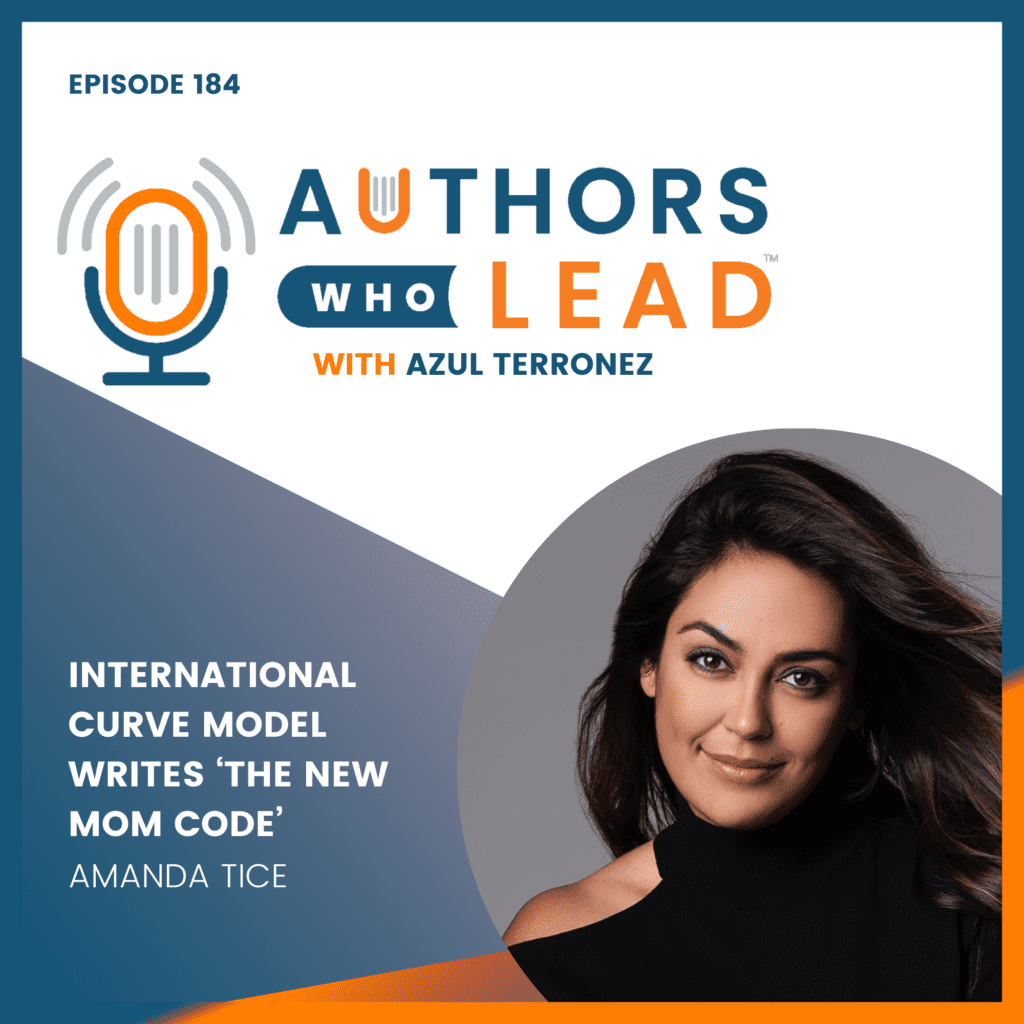 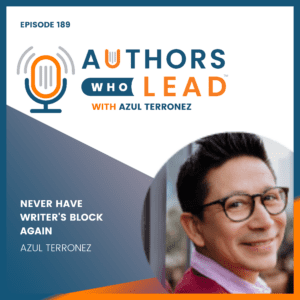 How to Finish Your book “Writer’s block will go away the moment you stop worrying about the outcome.” —Azul Terronez So many of us listening 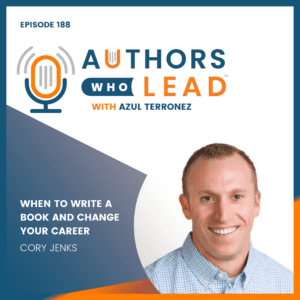 188: “When to Write a Book and Change Your Career” with Cory Jenks

How to Double Your Book Sales with This One Tactic “And I said to myself, well, I can’t push myself out of my current profession 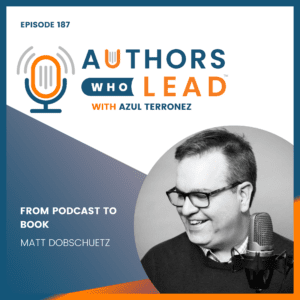 187: “From Podcast to Book” with Matt Dobschuetz

How to Build Authority and Get More Clients “So it became clear a few years in I needed to write something. And then a lot