How to Write a Book Like Your Life Depends On It

“I’m already writing a book, now I’m just writing a different book. And it changed from writing out of necessity to writing for justice.” – Michelle Black

On one particular week in 2017, Michelle Black sensed there was something wrong. In fact, her husband’s entire deployment felt different than his previous assignments.

She would come to learn that her intuition was correct.

Her husband, a Green Beret, had died in an ambush in Niger, a tragedy that led Michelle down a dark path through lies and deceit as she tried to find answers. As she asked more questions, it became obvious to her that the military was covering up details surrounding his death — and to survive the pain and grief, she started writing about her husband and his team, and eventually turned her experiences into a book.

On this week’s episode of “Authors Who Lead,” I talk with Michelle about that book, “Sacrifice: A Gold Star Widow’s Fight for the Truth” and how she persevered through her own anger and mourning to pursue justice for her husband.

Putting the Pieces Together

After the death of Michelle’s husband, Bryan, there were media leaks circulating about him and his team that didn’t seem to fit with what she knew to be true — reports claiming that the lower-level men were to blame for the whole incident.

Michelle waited for the military to bring forth the truth, but they didn’t — and she realized that if she wanted to know what happened to Bryan, she needed to know more about that fateful day. She wanted to bring justice to her husband’s memory and his teammates; he had served his country and risked his own life for the job he believed him and the friends by his side.

But while Michelle’s family and in-laws were supportive, not all the families involved wanted to relive the trauma. The road Michelle chose to take — to be the voice of these men — wasn’t easy. She dedicated a lot of time interviewing the surviving members of the team and other people involved that day, and although she received some pushback, she ultimately wrote and published her book.

It was challenging for Michelle to keep reliving the trauma of losing her husband as she wrote and edited her book, she told me.

“I was writing from the day he died just for my sanity, I think,” she said.

On top of her own grief, add the challenge of the military’s uncooperation, plus blowback from other families, it was all Michelle could do to keep going. Thankfully, Michelle has a great relationship with her husband’s family and was able to rely on them to help her with her children so she could write. This support system, along with a handful of good close friends, helped her through her grief and her writing journey.

You Don’t Have to be a Perfect Writer to Write

After writing an article for the New York Times, an agent approached Michelle with some constructive criticism: her writing was wonderful, but her structure was awful. That was enough to make Michelle bring the agent on board, and once she did, her writing improved immensely, pushing her forward with her book.

I want others to understand what Michelle learned: You don’t have to be this amazing writer to tell your story or write your book. There are editors and agents out there who can come behind you to help you become better.

You can absolutely get your message out there, no matter where you are as a writer. You just need to keep telling your story. You have to keep sharing and showing up in the world — and remember my two greatest takeaways from my conversation with Michelle:

Being an author matters and writing a book really can save your life. What was your biggest takeaway from this episode? Do you have a powerful message you need to share, but feel like others are telling you to stop? Share in the comments below!

That’s all for this week. Everyone has a message the world needs to hear. Get out there and tell yours. Write your book!

Book: “Sacrifice: A Gold Star Widow’s Fight for the Truth”

PrevPrevious Episode179: “How to Be a Great Interviewer” with Andrew Warner
Next Episode181: “Do I Need a Book Coach” with Ruby FremonNext 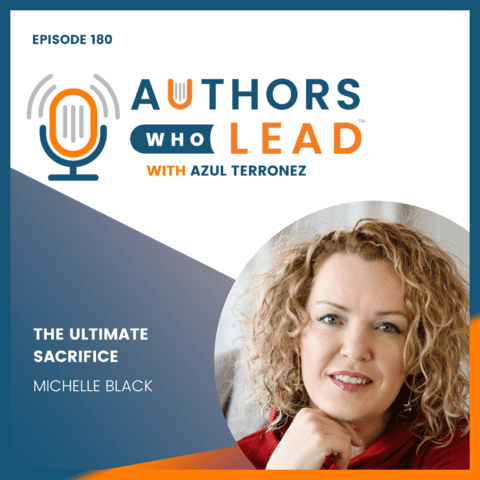 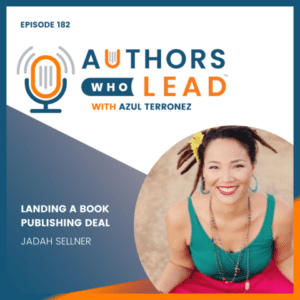 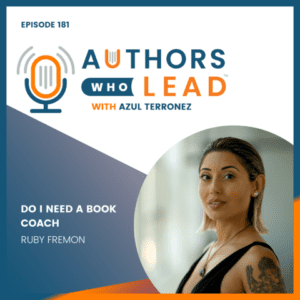 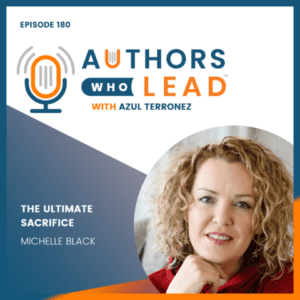