142: How to Write a Book to Move the Masses with Gahrey Ovalle

Leaders Give More Than They Take

“Like most authors, we have books sitting inside of us, waiting to come out.” – Gahrey Ovalle

What does it really mean to be a leader?

Do you have to get nominated? Are you called? Is your number pulled from a hat? Or do you just decide one day that it’s time to lead?

Sometimes, being a leader means you have to step into an uncomfortable arena — a space where you realize that what you have to say is more important than you thought.

Last year ushered Gahrey Ovalle into that space. The speaker, coach, entrepreneur, and activist joins me on this week’s episode of “Authors Who Lead” to speak about his book, “Unjustified: Where Have Our Black Leaders Gone,” which finally puts all of the thoughts he has had since childhood into words.

Our power and influence can be manifested in the words we say and the pages we write. That’s what’s important for a leader: to stand up for what they believe.

Answering the Call to Lead

Growing up, Gahrey idolized his mother. She was a community activist who valued her community enough to change it — and he quickly recognized the power in loving others more than loving oneself.

“I absolutely understand and know that growing forward and giving back is paramount to healing our communities and solving the problems of the world,” Gahrey said in the episode.

Watching one person create change for so many is a lesson that is impossible to unlearn, and last year was a turning point for Gahrey. A year like 2020 can bring up big shifts, especially for people of color. He realized that the community where he lived and thrived might also be the place that needs the most help.

“I have something to say and I want to share it with the world,” Gahrey said. “And I know it can help make a difference in so many people’s lives. So that’s exactly what I did. I sat down, I wrote it, I put it together.”

As a writer, it’s a brave endeavor to put yourself out there, but it’s even more important to think about the impact you have on others. Somebody needs to hear your message. They need to know that you’re paying attention.

Sometimes, you have to rattle the cage of those around you and hold them accountable for their lives — and encourage them to make a shift, too.

The Power of Honest Conversations

Gahrey pointed out that a critical part of the healing process is recognizing where we’re falling short — and owning it, and correcting it, with radical honesty. Continuing cycles of ignorance only furthers poverty and violence, and perpetuates injustice.

But creating better outcomes can only be achieved through self-reflection, he said.

“You can’t become a better human being just by doing stuff,” Gahrey said. “It is the internal work that has to be done.”

Gahrey firmly believes in the power of giving, be it your time or energy. Setting a positive example for others allows them to know what is possible for themselves. He stands as not only a successful entrepreneur and thriving for his own sake, but someone who also helps others behind him — those who have less, who don’t have as much security.

I left our conversation asking myself the question, “Who am I helping?” And these three takeaways:

What was your biggest takeaway from the episode? And in the comments, share a moment in your life when you felt called to step up as a leader.

That’s all for this week. If you have a message inside of you that needs to be written, today is the day to start. Don’t delay — your next big step is just a few words away.

Book: “Unjustified: Where Have Our Black Leaders Gone”

PrevPrevious Episode141: Using Your Morning Routine to Write with Danét Palmer
Next Episode143: “The Common Path to Uncommon Success” with John Lee DumasNext 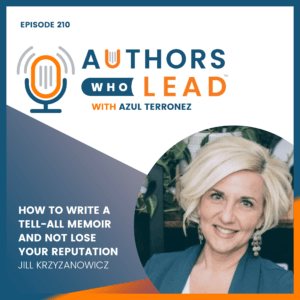 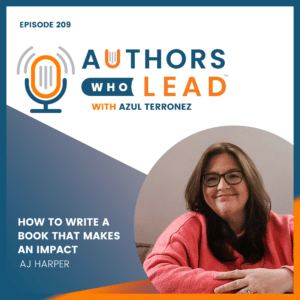