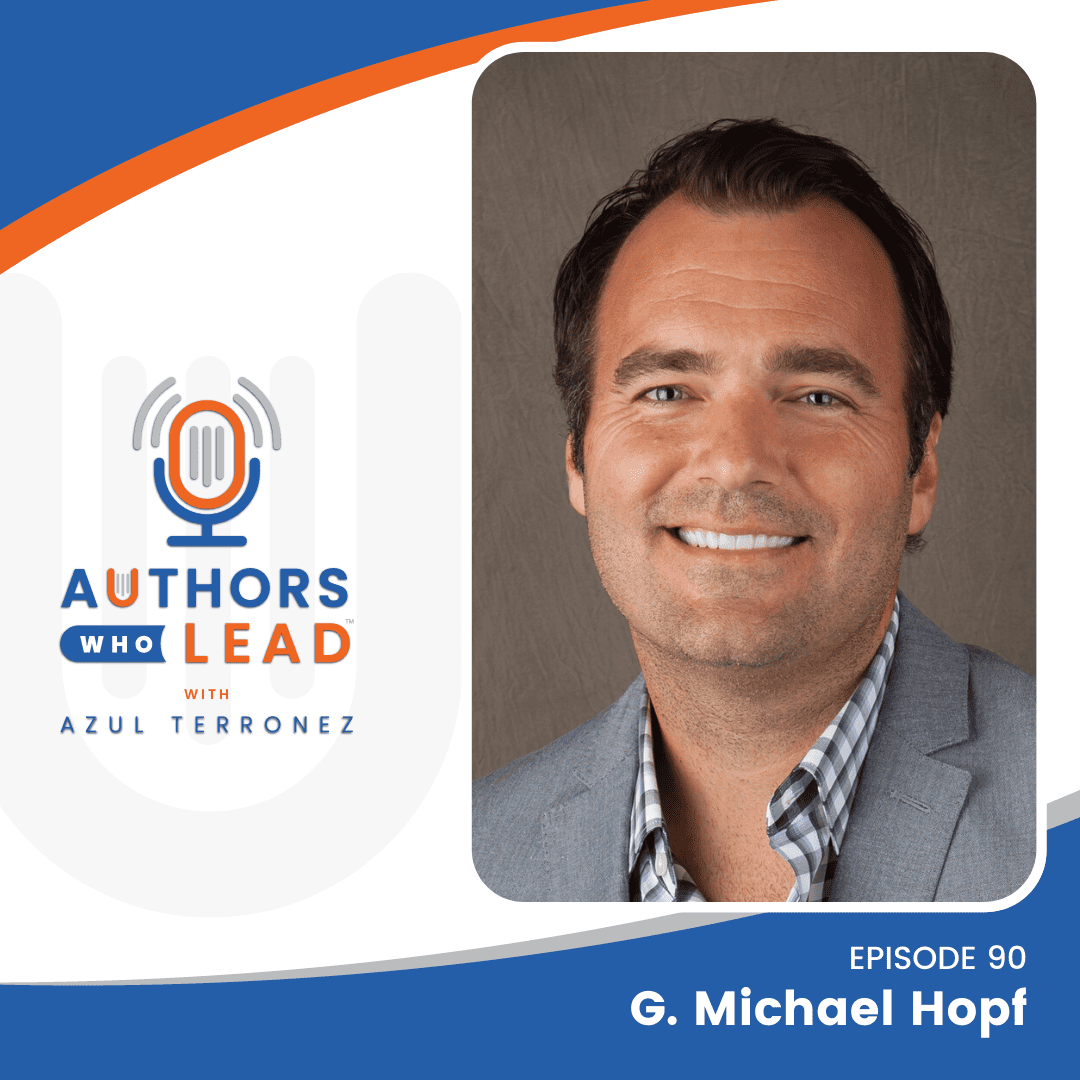 Bestselling Novelist of The New World Series Tells His Story

G. Michael Hopf is the acclaimed and bestselling novelist of The New World Series (Penguin/RandomHouse). Before he settled down to write, he served six years in the Marine Corps as an anti-tank gunner, deployed three times and served in the Gulf War.

His first novel, The End: A Postapocalyptic Novel, became an instant bestseller. Dozens of novels later, he has positioned himself as one of the top writers in the apocalyptic and western genres.

What We Discuss with G. Michael Hopf:

[02:15] The Beginning of His Writing Journey

A legacy project: Geoff initially began writing a children’s book for his kids. And at the back of his head, he had always wanted to write a novel.

Don’t overanalyze your writing, otherwise, you won’t get anything done. Just keep writing the story and don’t stop. It’s just a first draft so don’t stress about making it perfect. Just get that entire book done first then you can go back and edit it.

Stay in that creative space the entire time you’re writing the rough draft. Don’t get out of it because you’re going to have plenty of time to edit the book. When you’re writing the story, you get into that creative space of your brain. Because once you’re reading it and editing it, you’re going to the analytical part of your brain.

Have a pathway. This is more to guide you to go forward than it is to tell you what to do. Outlines and structure can constrict authors whose job is to be creative in the moment.

[20:58] How to Differentiate Yourself from Others in Your Genre

You should have at least a base of knowledge of what you’re writing about. This way, you’re technically accurate.

[23:50] From Firing His Agent to Self-Publishing His Book

Learn how to say no. Geoff hired an agent who was telling him he needed to follow a formula for a traditional publisher to pick up his book. But he couldn’t do it so he fired her. He decided to self-publish his book and everything changed!

It’s about the consumers in the end. When he saw how people were picking it up, he decided to leave his job and go full-time with writing.

An ongoing stigma: There’s a stigma out there that if you’re not “published” with a traditional publisher, you’re not a real writer.

Following the success of his first book, he was picked up by Plum, a traditional publishing house, and he was given a lucrative offer. So Geoff took the deal feeling that he needed it to validate himself. It was more of an ego thing happening for him.

Lack of marketing and publicity: Going with traditional publishing doesn’t mean they’d take care of everything. They expect you to do most of the heavy lifting for you. Eventually, Geoff went back to independent publishing for which he made more money than he did with them.

Physical books will probably eventually go away – at least a couple of generations away. We’re now in the digital age. Once print books are gone, the distribution is also gone.

It doesn’t mean that they will completely disappear but that their market share is going to be very small. This is because the younger generations just don’t have the nostalgia for having a book.

Audiobooks are eating up print. Audiobooks are a subscription-based thing whereas physical books are purchased one by one. There’s a bigger bounty to get people to join Audible than it is to sell your book.

As a publisher, you get $50 if someone picks your free book. And if they stayed for more than two months, you also get the price of the book they got for free. This is a huge incentive for helping people get more audiobooks.

Don’t be a starving artist. The business side of the book is bigger than the writing part of it. If you’ve taken all that work and time to write your book and spent to get it edited and proofed and everything that goes into creating that, at the end, that’s a product. So you have to shift gears and go into business mode.

Your book is a brand now. Everything you do now revolves around that brand. You are creating a business because you want it to sell. Do everything you can to make sure your book goes to as many readers as possible.

Create alternative income streams from the book you sell. Aside from the actual book sales and royalties, you can pick up those bounties from Audible.

Your writing is a business. Treat it as such!

Grab a copy of Geoff’s The New World Series including The End: A Postapocalyptic Novel.