002: Jon Vroman – Life in the Front Row: How being an author can change your life 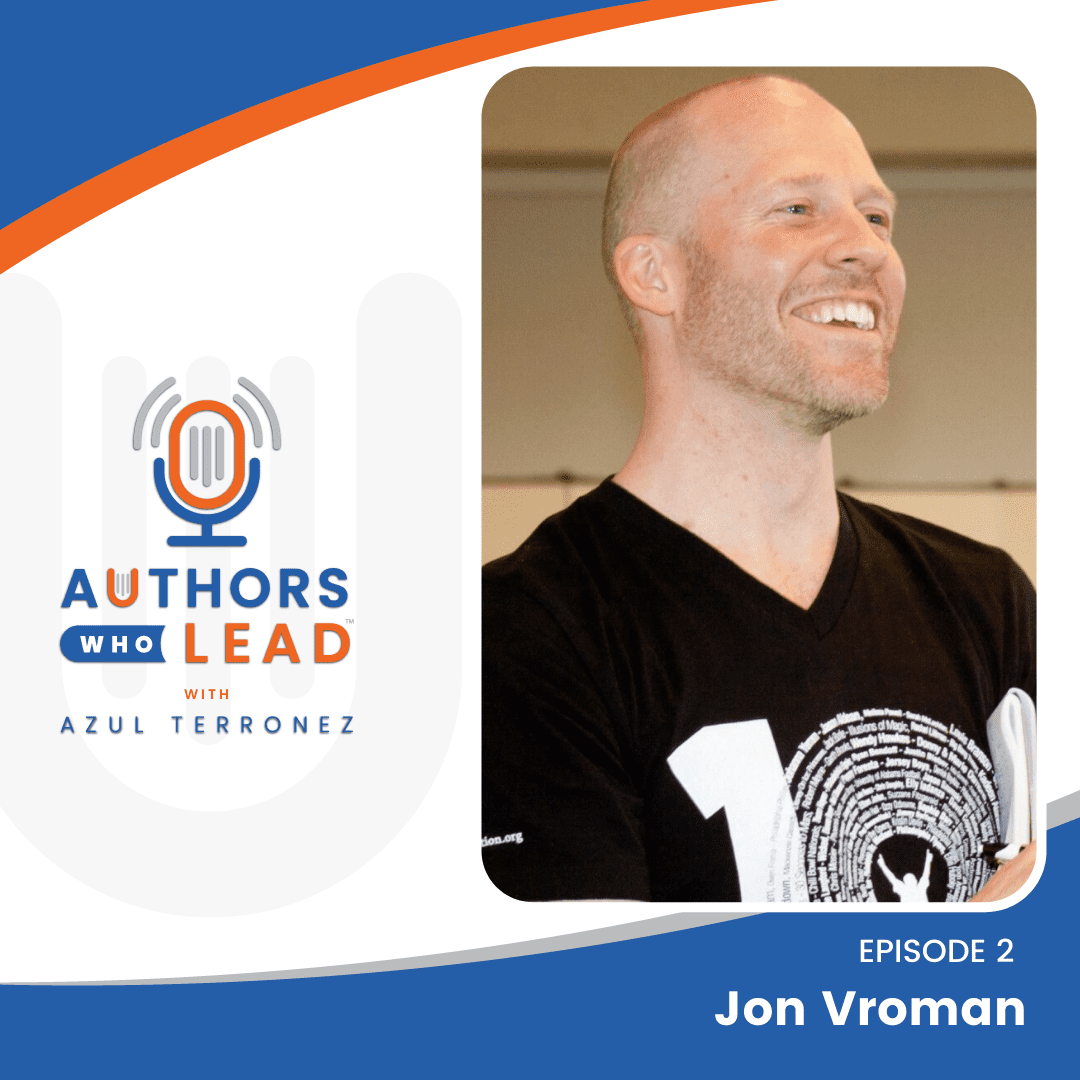 What Giving Matters When Writing a Book

We chat today with Speaker, coach, and author Jon Vroman, the founder of The Front Row Foundation. We learn that Jon never really did well at writing in school and in fact, it was rather hard for him to complete his first book. Jon Vroman is an award-winning keynote speaker, ultra-marathon runner, host of the Front Row Factor Podcast and founder of Front Row Foundation, a charity established in 2005 that creates front row experiences for individuals who are braving life-threatening illnesses. Jon inspires others to Live Life In The Front Row™ by teaching the art of moment-making.

With 137 5-star reviews on Amazon, Jon is the author of the book The Front Row Factor. In this episode, Jon shares with us his writing experience, what a book does for you, and what it doesn’t do for you.

I have been a big fan of Jon for a while, he makes such an impact in his business. It was so great to see how he wanted his book to continue to leave a legacy for the mission of his work.

Jon says it always begins with a mind map. If you’re given a topic, it begins with the audience in mind – their pain points, what they need or want to hear, where are they in their lives, what other speakers have connected with them and why, what’s special about them.

The Opener is Key

If they decide early on that they like you, they will stay with you even if there are hiccups throughout their speech. But if they decide they don’t like you in the first two minutes, it could be very difficult to get them back.

Think about the stories you’re going to share and the modules of your speech.

[34:15] Gathering Feedback Through Stages of Reviews

Connect with Jon on FrontRowFactor.com. Download a couple chapters of the book The Front Row Factor for free.

No Barriers by Buddy Levy and Erik Weihenmayer

The ONE Thing by Gary Keller and Jay Papasan